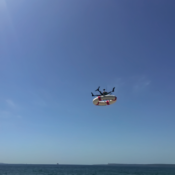 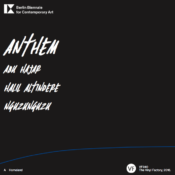 Total Freedom has produced the new vinyl series ‘ANTHEM’ in collaboration with; The Vinyl Factory, DIS Magazine and the 9th Berlin Biennale for Contemporary Art. The series contains sets of very unlikely collaborations between artists and musicians.

Altındere has been a central figure in the Turkish contemporary art world since the mid-1990s, not only as an artist but also as the publisher of art-ist Magazine and as a prominent curator. His ironic and political approach attracts a large audience and in result his works have exhibited at Documenta, Manifesta, and the biennials of Istanbul, Gwangju, Sharjah and São Paulo, as well as in MoMA/PS1, New York.