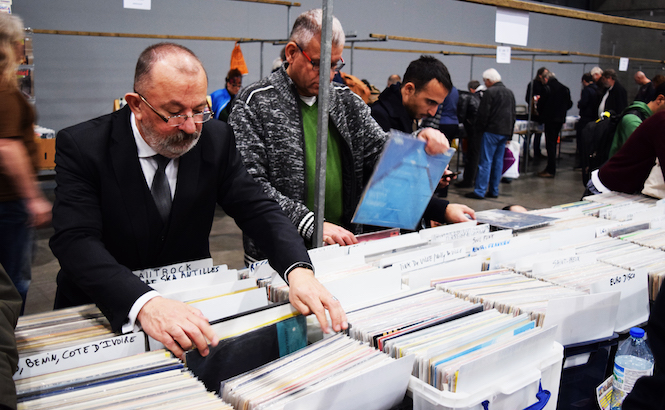 A contrary but not altogether surprising profile of today’s record buyers.

Market research company YouGov has published new findings based on its YouGov Profiles capturing the demographics of vinyl buyers in 2016.

While previous polls have suggested that young people are driving the increase in vinyl sales (a report from the US last year suggesting half were under 25), YouGov’s research points to the fact that, when compared to the UK adult population as a whole, recent vinyl buyers are more likely to be aged between 45-54, while those in the 18-24 aged group are least likely to.

Delving into the the role music plays in the lives of vinyl buyers as opposed to the general population, YouGov found, somewhat unsurprisingly, that people who buy records are more likely to be obsessed with listening to music, whether live or on record.

The poll also suggests that record buyers are a pious bunch, with 59% of vinyl fans saying downloading music illegally is wrong. It may also come as no surprise that vinyl buyers are slightly more likely to both keep their feelings to themselves (56% vs. 53%) and enjoy being alone (69% vs 66%). [via YouGov]

Want to understand a little more about what motivates you to buy records? Read this fascinating psychological analysis of record collecting.

One track, three ways: Dionne Warwick's 'Walk On By'