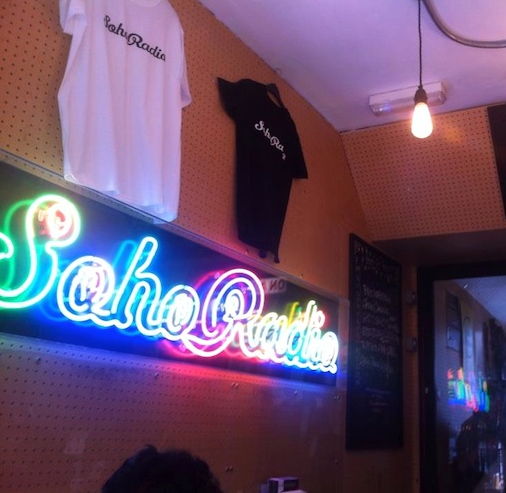 Our new monthly residency on Soho Radio is an all-vinyl excursion into the deepest corners of the VF magazine, interesting bits and pieces released from the label and loads of records from our own collection. Catch us every first Monday of the month from 12pm-2pm on sohoradiolondon.com

Listen to The VF Show:

As it was our first show you’ll have to forgive the odd technical difficulty we brought upon ourselves. But records skip for a reason and that’s why we love them, right?

Using our recent Marcos Valle retrospective to springboard into the many stripes of Brazilian music, the first chunk of this programme dabbles in everything from MPB to samba, psych, bossa, batucada, and even wrong speed jazz-funk.

We give a couple of forthcoming VF releases a spin too: exclusive music from Trevor Jackson’s new album FORMAT; the lead track from jazz pianist Jason Moran’s Venice Biennale project STAGED; and all 10 of Ryoji Ikeda‘s locked groove sine waves, one for each planet in the Solar System.

The second half of the two-hour session features new music from across the board including tracks from Herbert, Colleen, Dez Andres, Roots Manuva, and more. To close things off and lift the soul, we head down to the marina for a splash of yacht rock. Bliss.

Tune in to Soho Radio on 1 June from 12pm-2pm to catch our June show.