prints, film, posters and more is currently on display at The Store X.

Fashion photographer Willy Vanderperre marks his first solo exhibition in London with the release of prints, film, posters and more, a limited edition vinyl produced in collaboration with The Vinyl Factory and The Store X.

Featuring two tracks spread across two one-sided 12″s, the record showcases some of Vanderperre’s musical influences in Belgian metal band Amenra, and French DJ and producer Clara 3000, who performed at the opening of the exhibition earlier this week.

Having studied fashion at Royal Academy of Fine Arts in Antwerp, Vanderperre has gone on to become one of the most important photographers of his generation, a contemporary of designer Raf Simons with whom he has frequently collaborated.

As well as shooting a universe of musicians and actors, from A$AP Rocky to and Millie Bobby Brown, Vanderperre’s connection with music extends to the range of screen-printed original tour t-shirts developed for the exhibition, from artists as diverse as Michael Jackson, AC/DC and Roxy Music.

Featuring over 50 of the photographer’s works at The Store X, in the basement of 180 The Strand, prints, film, posters and more also lends its name to the vinyl release, designed by Jelle Jespers and Willy Vanderperre.

Limited to just 330 hand-signed and numbered copies, the two records are housed in a bespoke sleeve that folds out into a 124 x 63cm print, and includes a full colour, paper catalogue displaying all the artwork at the Store X exhibition.

Order a copy of the release here and visit the exhibition at The Store X, 180 The Strand, London, WC2R 3EA until 17th March.

It is open Tues – Sun, 12pm – 6pm and is free to visit. Find out more and see images from the exhibition here. 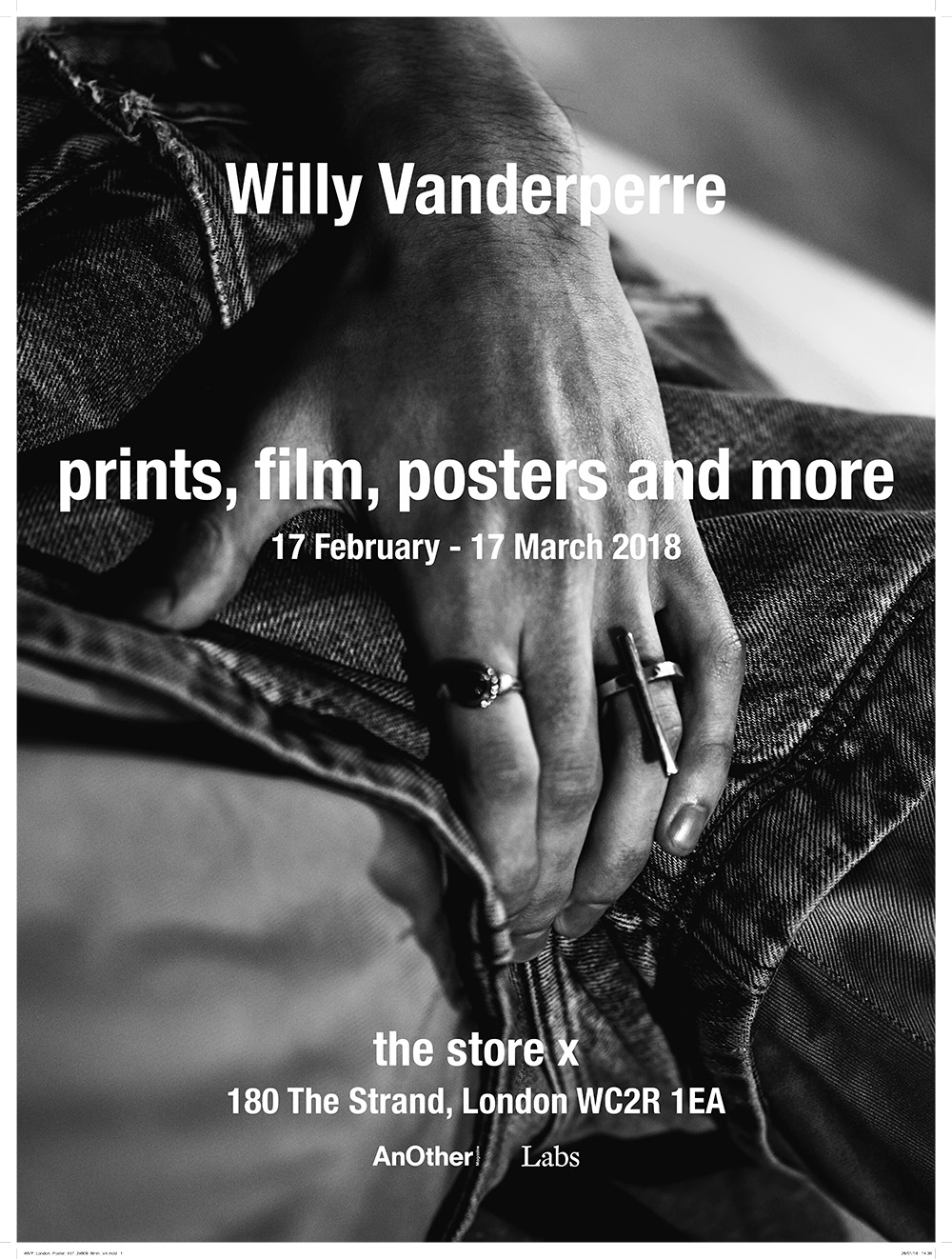