Why this stunning new heavyweight turntable will set you back $30,000 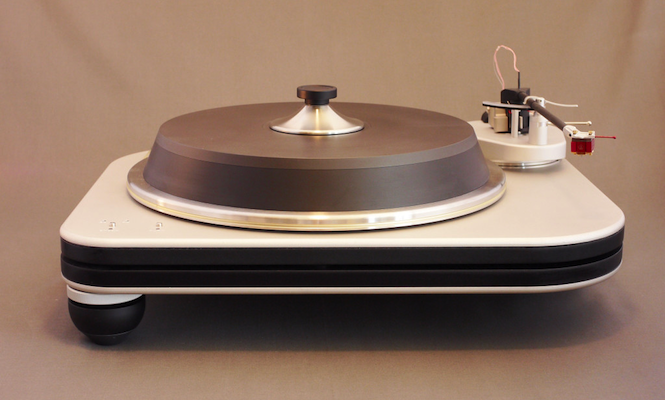 One for the solvent audiophiles and the wide-eyed dreamers out there, California audio company Spiral Groove have unveiled their SG1.2 turntable, an eight-year upgrade on 2007’s award-winning platter the SG1.1.

According to Wired, the new Spiral Groove comes with added ounce, the extra twenty pounds distributed between the base and the platter bringing the whole thing up to a whopping 95lbs (still 10lb short of this cast iron behemoth, developed by Fern & Roby earlier this year).

As well as reducing vibration and improving sound quality at high volumes, the SG1.2 has the added versatility of being able to replace the tone-arm at the push of a button, like a truck with the turning circle of a hatchback.

Attached on a bayonet mount, the function allows you to switch arms, carts and styli with ease, so you won’t loose sleep blunting your Miyajima Zero on a gritty second hand copy of Purple Rain or raking Rega Carbon across a first edition of Lata Ramasar’s ‘The Greatest Name That Lives’.

And if you’re one of the few out there who already own a SG1.1, Spiral Groove will upgrade your player for just $6,000. Bargain really. [via Wired]