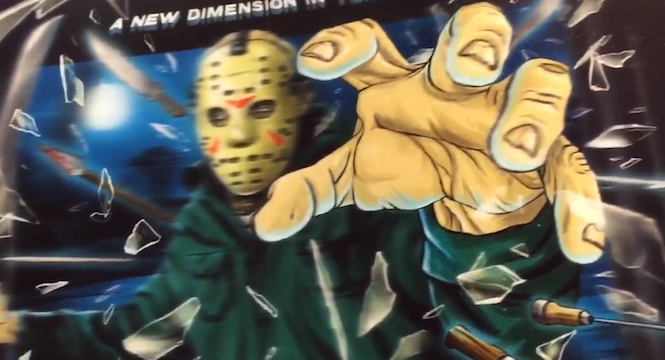 Horror soundtrack specialists push 3D artwork to the next level.

Waxwork have shared a glimpse of their new Friday The 13th: Part 3 release, complete with stunning 3D lenticular artwork, that jumps off the cover.

With a soundtrack by legendary composer Harry Manfredini, Friday the 13th: Part 3 was initially screened in 3D way back in 1982 and Waxwork have exploited the parallels in the sleeve design to devestating effect.

Available for the first time on double vinyl, the label detail that the release “will feature a 3D lenticular cover, art from the deleted ending, blue & red 3D glasses vinyl, and more.” [via Bloody Disgusting]

Check it out below and expect to see this in DJ Food’s awesome collection of 3D record sleeves soon.

Here's a peek of the 3-D lenticular cover of our upcoming deluxe double LP of FRIDAY THE 13TH PART 3! pic.twitter.com/TTgzFdoqQ6

Beyond Bowie: The mutating art-pop of Sparks in 10 records