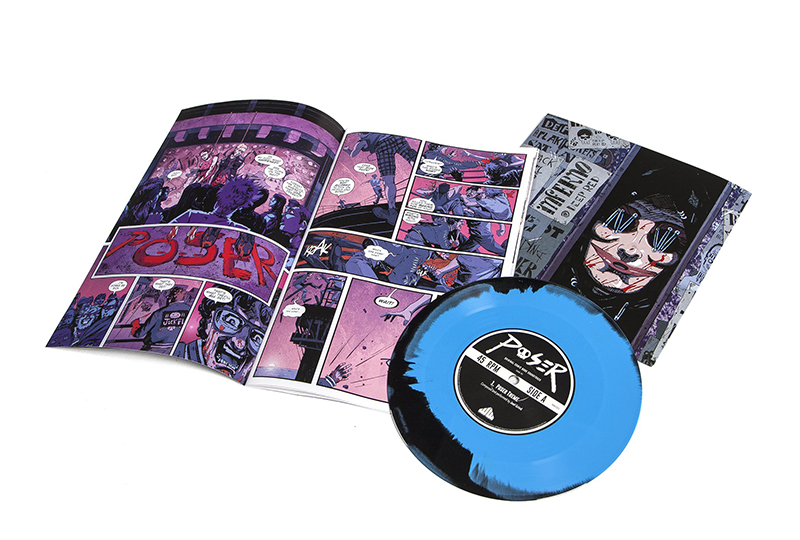 Featuring a limited coloured vinyl with each issue.

Described as a “punk rock horror-comic”, POSER is written by Matt Milner with illustrations by Clay McCormack.

It features a new and completely original companion soundtrack by Joel Grind, pressed to coloured 7″ for each instalment.

Order a copy of issue 1 here and listen to clips from the record below.