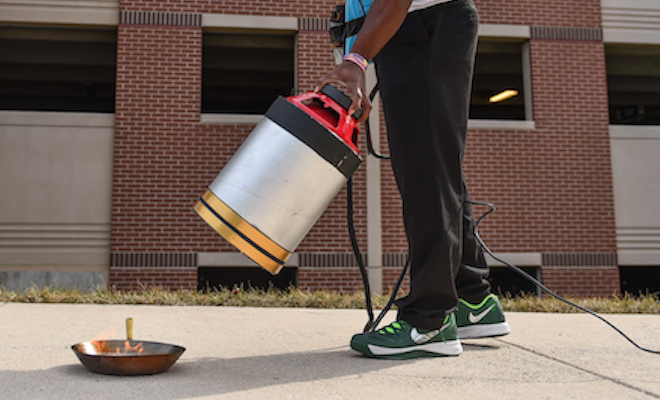 Two engineering students at George Mason University in Virginia appear to have invented and built a first-of-its-kind device that uses sound waves to extinguish fire.

By blasting a fire with low frequencies between 30 and 60 hertz range, the extinguisher separates oxygen from fuel, explains inventor Viet Tran, who built the device with fellow student Seth Robertson. “The pressure wave is going back and forth, and that agitates where the air is. That specific space is enough to keep the fire from reigniting.”

Watch the students’ take on a fire with their invention below:

The pair faced plenty of opposition to their project initially because they’re electrical engineers not chemical engineers and and consequently several faculty members refused to act as advisers on the project. Eventually their professor Brian Mark agreed to oversee their work and not fail them if the whole thing flopped, said Tran.

Although they originally envisioned it for use in kitchen fires and to eliminate the toxic and messy chemicals used in commercial extinguishers, the engineers think their invention could be used in wide areas outdoors, such as forest fires, or even in space. A local fire department has also asked them to test their bass waves on a large structure fire. A vinyl edition wouldn’t go amiss either. 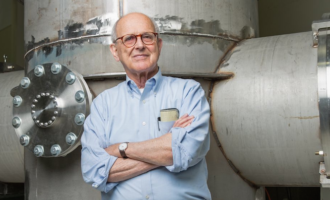 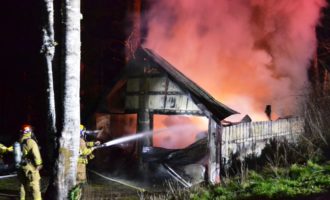