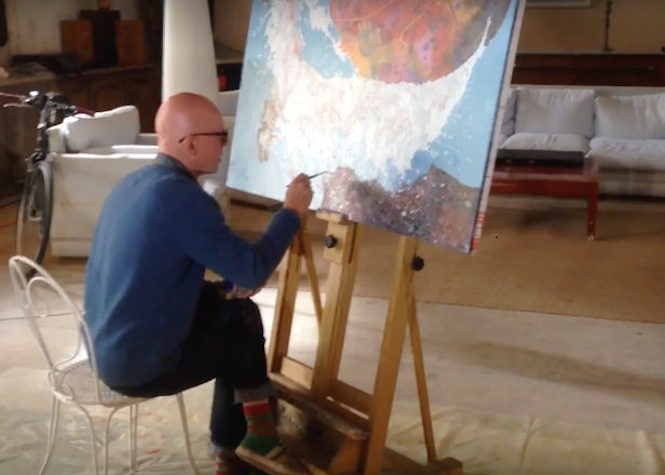 While the band play in the background.

Behind-the-scenes footage of Radiohead artist and collaborator Stanley Donwood painting one of the many versions of the A Moon Shaped Pool artwork has emerged.

Donwood has created all of Radiohead’s single, album and poster artwork since 1994, starting with the My Iron Lung EP. He is also behind the art for Thom Yorke’s solo and Atoms For Peace projects.

The video, uploaded by YouTube account CitizenInsane, was recorded in the south of France during the band’s recording sessions for the album. Watch Donwood splash away at his colourful easel whilst Thom Yorke sings in the background:

This year Radiohead released A Moon Shaped Pool as a deluxe casebound vinyl edition as well as a regular edition.