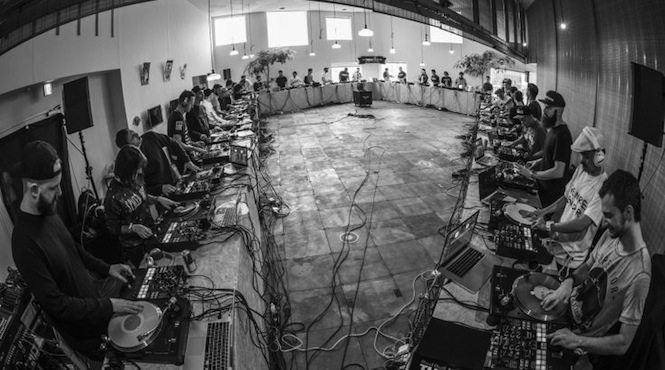 The iScratch event in Tokyo wasn’t all about competition. Coming together over 40 turntables, 40 DJs collaborated to create an epic eight minute mix from the world’s biggest scratch circle.

Part of the Redbull Thre3Style World DJ Championships in Tokyo, the turntablist extravaganza saw the DJs split into ten teams to each devise a sixteen bar scratch solo that would then be performed in the round.

It’s turning into a big day for turntablists, with a new portable 7″ scratching turntable currently in development.

Check out this portable 7" scratching turntable