Vinyl should not be “elitist”, says Sainsbury’s 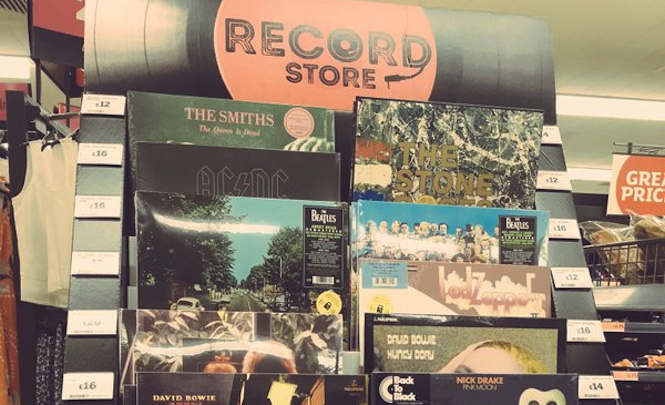 Sainsbury’s has some advice for you.

Following Tesco and Aldi in becoming the latest supermarket chain to stock records, Sainsbury’s has defended its decision to enter the vinyl game.

Speaking to Music Week, head of music and books Pete Selby said: “It’s not that long ago that high street generalists – Boots, Woolworths and WH Smith – were responsible for a huge part of the vinyl market…The format never used to be elitist and we don’t believe, given the emotional attachment it still has for many customers, it should be seen as out of reach for them in 2016.”

Addressing Sainsbury’s beige choice of titles (Adele, The Beatles, Bowie, Bob Marley) and hinting that a broader range may come with time, Selby continued: “We wanted to strike the right balance between out of the blocks bestsellers and deeper ‘discovery’ titles which also hopefully serve to highlight how the range will develop in future.”

Evidently wary of how an expanded selection may have a detrimental effect on independent retailers, he said: “We’re fully aware that this is a sensitive issue and clearly mindful of the potential criticisms but we genuinely believe that all retail channels can and will continue to co-exist.” With 20 titles now stocked in 171 of its stores, Sainsbury’s has, somewhat inexplicably, become the UK’s largest single vinyl retailer.

Selby also confirmed that early vinyl sales had outstripped expectations: “Sales over the first 48 hours are up 125% on forecast and the forecast was already quite bullish given we’re in a peak trading week.” [via Music Week]

Read next: Supermarkets selling vinyl could be a good thing. Here’s why.

Idris Ackamoor's The Pyramids to release new album on Strut