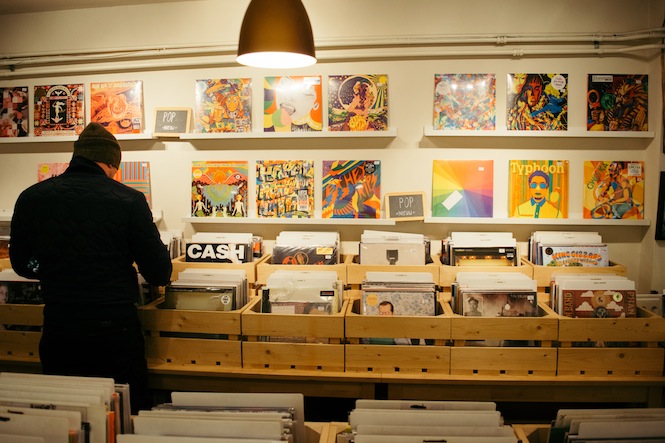 US music industry boss calls YouTube and Spotify “technology giants enriching themselves at the expense of music-makers.”

The Recording Industry Association of America (RIAA) has released its figures on the US music industry’s earnings for 2015, and while revenue is up overall, it has levelled criticism at “market distortions” that have seen vinyl sales generate more revenue than the ad-supported section of the streaming business, confirming the mid-year report that emerged last September.

Despite an overall rise in revenue by 0.9% to $7 billion, the RIAA’s figures show that vinyl sales generated $416 million in 2015 compared to $385 million for free streams from sites like YouTube and Spotify.

“The consumption of music is skyrocketing, but revenues for creators have not kept pace,” RIAA CEO Cary Sherman said in a statement.

“In 2015, fans listened to hundreds of billions of audio and video music streams through on-demand ad-supported digital services like YouTube, but revenues from such services have been meager — far less than other kinds of music services.”

“This is why we, and so many of our music community brethren, feel that some technology giants have been enriching themselves at the expense of the people who actually create the music. We call this the “value grab” — because some companies take advantage of outdated, market-distorting government rules and regulations to either pay below fair-market rates, or avoid paying for that music altogether.”

Despite the “alarming disparity” in the the revenues earned from ad-supported services, 2015 was a milestone year for the streaming business, which accounted for the majority of music industry earnings for the first time.

Streaming services like Spotify and Apple Music accounted for 34.4% of earnings in 2015, compared to 34% for digital downloads and 28.8% for physical sales. Subscription services made $1bn in revenue for the first time, averaging 11m paid subsciptions in the USA.

Both Spotify and Apple Music have made huge gains in paid subscriber numbers over the past year. Spotify recently announced it has 30m paid users worldwide, while Apple Music has 11m.

Fugees' The Score gets 20th anniversary vinyl reissue with bonus 7"