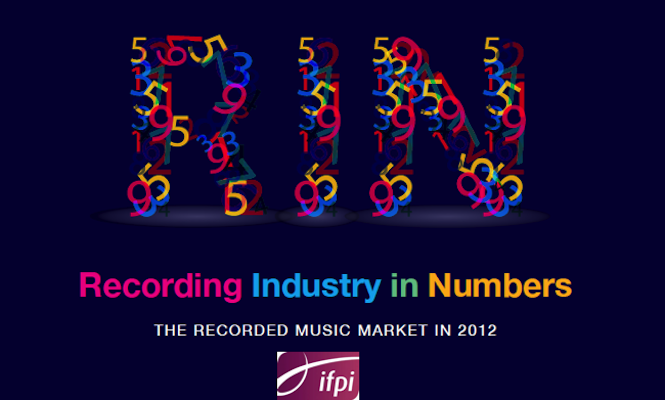 Music Week are reporting that IFPI figures for 2012 show vinyl sales have hit their highest level for 15 years.

Although physical music sales have declined by almost 5%, the sale of vinyl records reached $177 million last year, their highest level since 1997.

While the rise may not be meteoric, the IFPI’s Recording Industry in Numbers report does provide compelling evidence that the vinyl resurgence is more than just a passing fad. The format of the past continues to be be the fastest grower in the present and may well have something of a future, with CD sales taking the biggest hit, falling from 910 milllion sales in 2011 to 833 million sold last year. To put that into some sort of perspective, CD sales in 2000 were recorded at 2.4 billion.

The report also stated that streaming services now represent 20% of global digital music revenues as music consumers seem more and more split between owning the real thing (in the form of a vinyl record) and owning nothing at all (in the form of a subscription).

It wasn’t all good news for the analogue world though, with cassette sales down to two million in 2012 from 5 million the previous year. So much for the ‘tape is the new vinyl’ thing then.

Music Week have also disseminated more statistics from the IFPI report, which you can see here.

Browse the 700 specially designed sleeves in the Secret 7" gallery