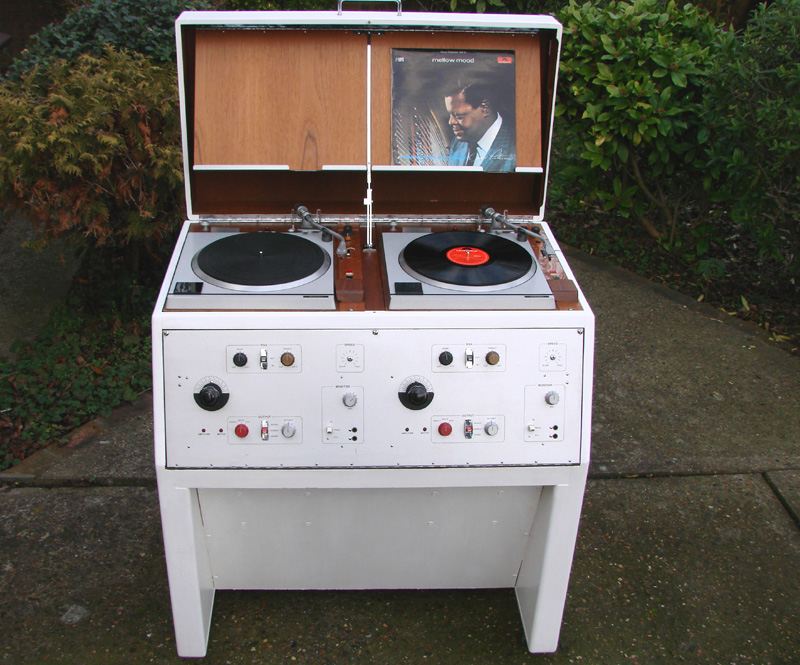 The console, which looks like something off the set of 2001, comprises of two Technics SP-10 Mk2-P turntables, Technics SH-10 EP controls, BBC-designed MP1-18 tone arms, stereo panel amplifiers and pre-amps.

According to its seller, the dual turntable unit was designed and built by the BBC during the late 1970s and arrives in excellent working condition. See photos below and find the complete specs here.