Take a video tour of that giant haul of 100,000 sealed records 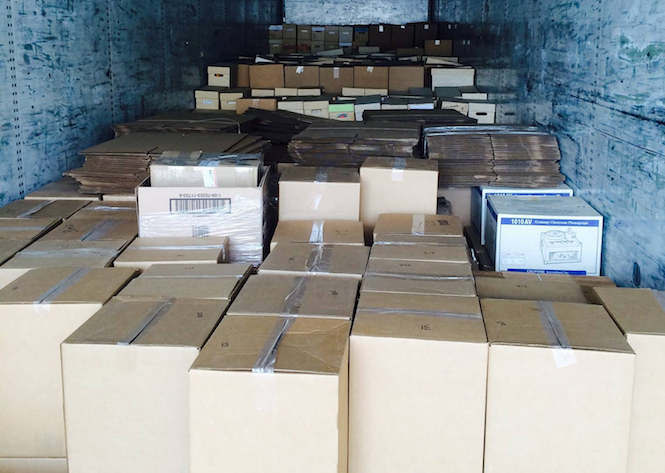 “The value’s not monetary, it’s in its history.”

The stock belonged to a record store owner in Big Spring, who never sent back his unsold records, instead stashing them away for more than 30 years. When the owner died, the records were passed down to his children who eventually found Sheeley.

As Sheeley explains in the video below, he bought the entire stock (for $100,000) and began the process of moving it to his Mill City Sound store. He’s since built a music vault specifically to house these records and is still in the process of filing them.

"Sound waves can't be miniaturized": Oswalds Mill Audio and the pinnacle of sound