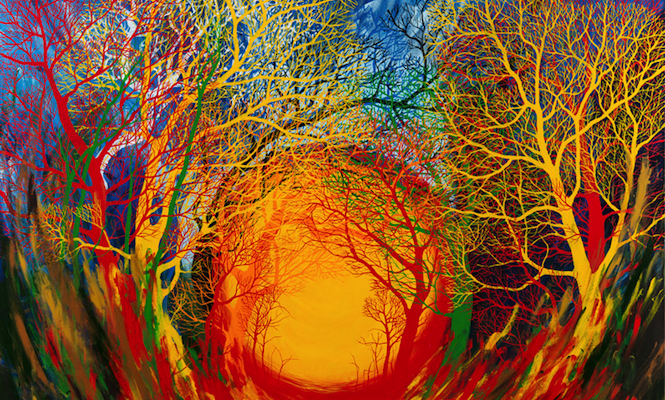 Paintings made for Radiohead’s 2011 album The King Of Limbs go on show in Soho this week.

Thom Yorke’s right-hand man since the release of OK Computer in 1997, Radiohead’s in-house artist Stanley Donwood is to exhibit artwork created for the band’s most recent album The King of Limbs alongside pencil and ink pieces made for the Faber-published book Holloway, at The Outsiders gallery in Soho.

Riffing on Donwood’s fascination with forests and trees, work created for both projects saw the artist spend a night under some canopies in Dorset, an experience he then visualised in a series of paintings and prints. Speaking about the connection with Radiohead’s King of Limbs project Donwood says: “In the lead up to making these pieces I became fascinated with the idea of a cathedral of sound. I was working with Radiohead on the record that was to become The King of Limbs, and my early hearings of the music seemed to suggest an over-arching canopy of detail.”

The show, entitled Far Away is Close at Hand in Images of Elsewhere, will run from September 20 until October 19, and you can visit theoutsiders.net for more info. [via Creative Review]

Earlier this year, Donwood helped to curate a pop-up exhibition for Thom Yorke’s latest project Atoms For Peace to coincide with the band’s Roundhouse shows in London.

Check out the two paintings below which were featured as part of The King of Limbs artwork. 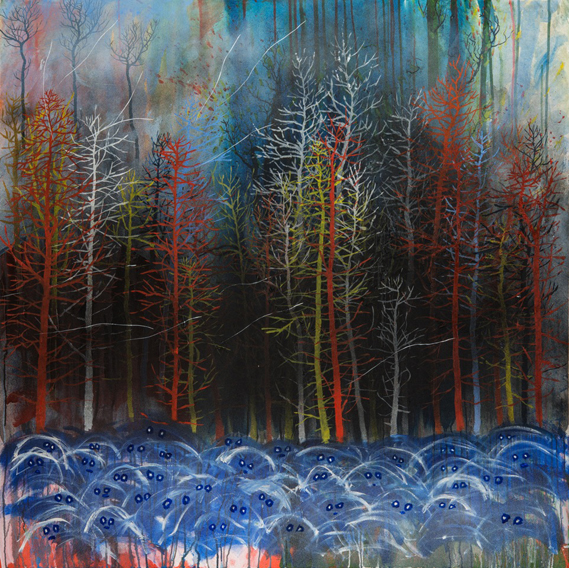 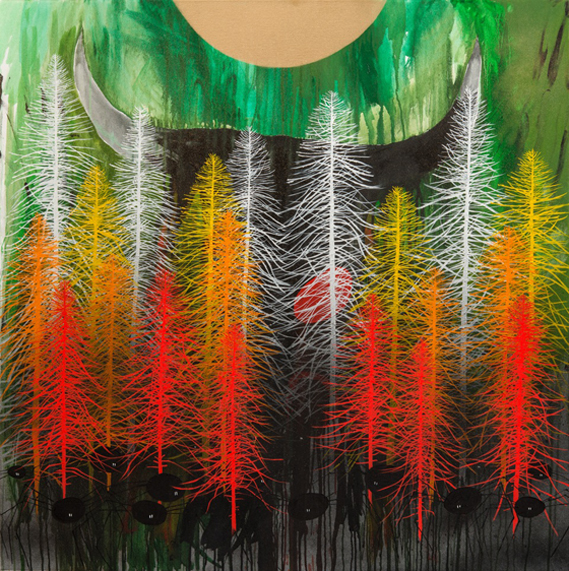