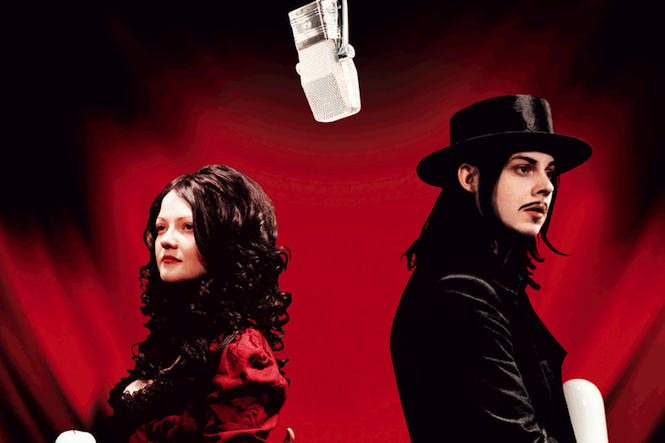 Jack White goes back to basics for Record Store Day.

Forget phonograph recording booths or the world’s fastest record, vinyl ambassador Jack White looks to be keeping things simple for Record Store Day this year, with the news that The White Stripes’ 2005 LP Get Behind Me Satan is to get its first ever vinyl release, initially as a multi-coloured limited edition on April 18th, and then as a standard black vinyl edition later in the year.

Tapping The White Stripes insignia for inspiration, disc one of the release will be on red, while disc two will be pressed onto white vinyl, including newly-created inner artwork reprising themes of the original promo-only version of the LP. Thankfully, there’s also a digital download code thrown in.

It may sound unlike Jack White to pass up an opportunity to release on vinyl, but following Get Behind Me Satan‘s initial release, the band had intended to record a live version for vinyl, only to be scuppered by studio problems. Worth the wait? Vinyl promos of the original record sent out at the time now fetch over £300 on the resale market. [via Consequence of Sound]