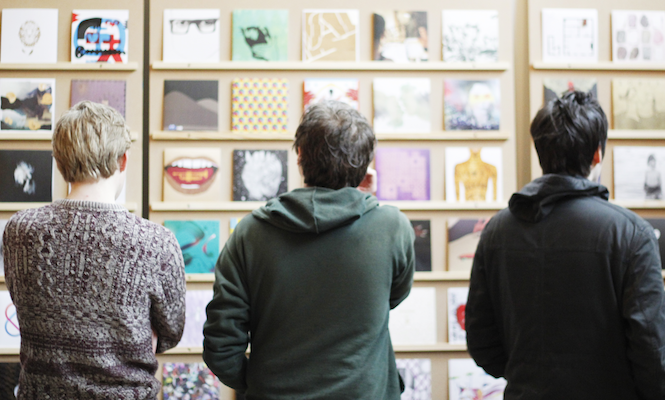 This year’s Secret 7″ event have announced that they have raised £41,500 for their chosen charity War Child, taking the overall proceeds raised by the event over the last three years to £105,000.

Concealing copies of 700 singles from 7 different acts in 700 record sleeves hand-designed by 700 artists, Secret 7″ this year invited Jake and Dinos Chapman, Antony Gormley, Paul Smith, Massive Attack’s Robert Del Naja and Radiohead artist Stanley Donwood to contribute. With demand higher than ever, collectors and enthusiasts queued for up to 36 hours to get their hands on the 45s, which were sold off on Record Store Day on 19th April for £45 a pop, despite not knowing which single they were buying or who designed the sleeve.

Speaking to CMU, Secret 7″ founder Kevin King said: “I’m thrilled. The project could not have gone any better in 2014. Each year I’ve felt as though the previous one would be difficult to top, and I’ve thankfully proved myself wrong each time. Secret 7″ continues to grow and develop in every area and to surpass £100,000 feels very special. A big thank you to everyone who supports the project in so many ways; our partners, our sleeve designers and purchasers and volunteers. I am already looking to 2015 and the challenge to make Secret 7″ even more special”. [via CMU]

Check out the gallery of sleeves here.

The Vinyl Factory has pressed the records for Secret 7″ for the last two years, and this year also met with a collection of the designers including Stanley Donwood, to find out how they approached the project. You can watch the short film below.

The 10 best vinyl releases this week (19th May)