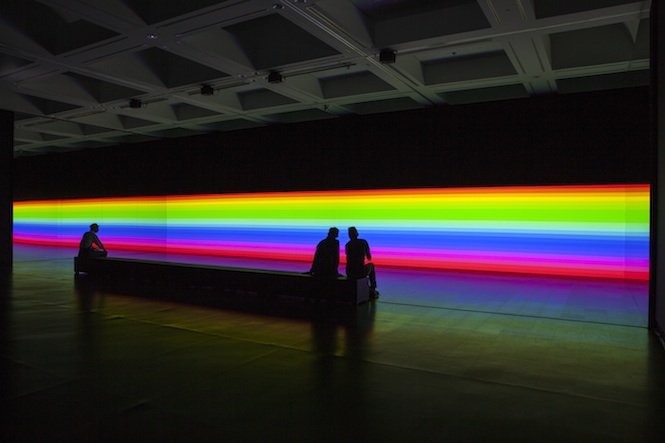 Raster-noton boss to stage the European premiere of unicolor at The Vinyl Factory’s space at Brewer Street Car Park this summer.

An extension of his fascination with the boundaries between audio and visual art forms, Carsten Nicolai’s new work will stretch panoramic wavelengths of blue, red, green and grey to infinity, confronting the viewer with a visceral expanse of colour and sound to test the limits of perception. Watch the trailer below:

Developing Nicolai’s previous projects univrs/uniscope version (2010) and unidisplay (2012), unicolour will unfold against a mirrored wall to give the impression of infinity, drawing inspiration from a huge range of influences from Goethe’s Theory Of Colour to the work of artists Josef Albers and Johannes Itten.

uniciolour will also mark a year of site-specific installations at Brewer Street Car Park, and bring Nicolai back into contact with long time collaborator Ryoji Ikeda, whose installation supersymmetry opens at the space in April. Influenced in equal measure by data, mathematic codes and random or self-organising structures, the pair have spent the last fifteen years researching the potential of digital technologies in audio-visual art.