Beloved Australian indie-rock exports The Go-Betweens are going all out with the first in a series of luxuriant anthologies.

The remastered collection covers the band’s work from 1978 to 1984. Three of the vinyl LPs are set to be the first reissues of their first three studio albums – Send Me a Lullaby, Before Hollywood and Spring Hill Fair – in over 30 years. The bands’ early singles have been compiled on to the final vinyl, titled The First Five Singles. While the four CDs house rarities and unreleased demos. Go here for the complete tracklist.

As well as the comprehensive book, fans will be treated to a silkscreen reproduction of the promotional poster for their debut single, “’Lee Remick’ plus a reproduction of the very first Go-Betweens’ press release. Domino will also be rewarding the first 600 orders with a book from Grant McLennan’s personal library and signed bookmark from Robert Forster.

The first is a series of plush box sets, G Stands For Go-Betweens Volume One is set for release on 19th January 2015, and can be pre-ordered from here.

Have a look below at the eight covers – the four vinyl LPs plus four CDs. And scroll down for a glimpse at the complete package. 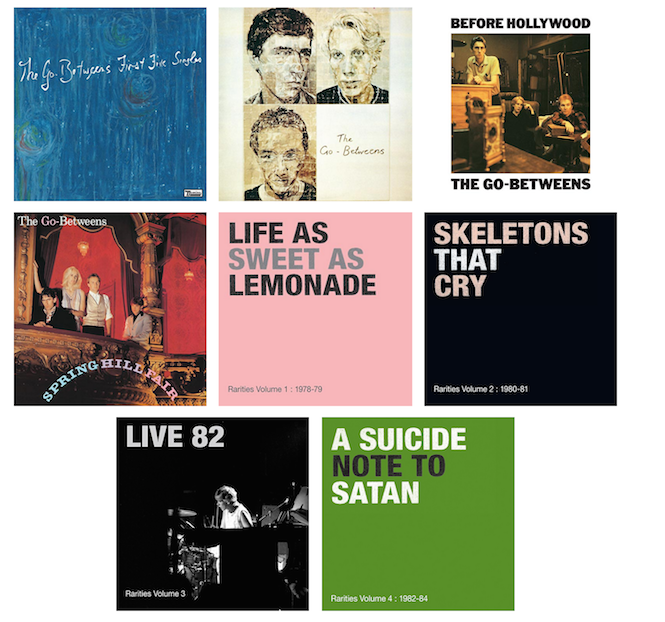 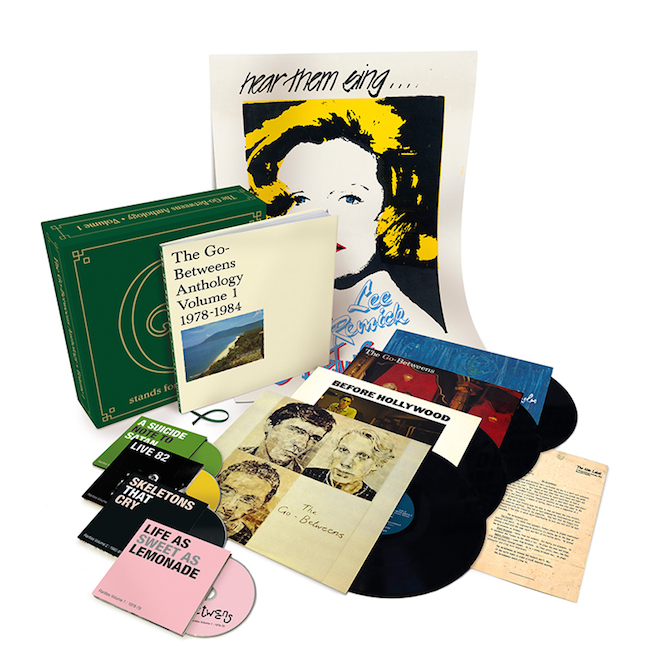