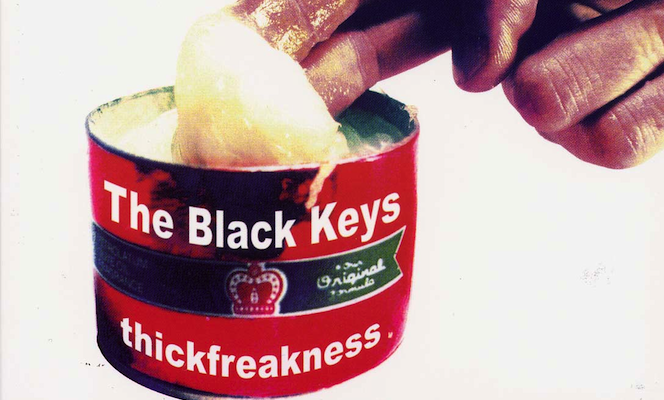 Released in conjunction with Newbury Comics, rust belt garage rockers Dan Auerbach and Patrick Carney are to reissue their 2003 sophomore LP Thickfreakness on bone white vinyl, revisiting an album that, true to tradition, was recored in 14 hours in Carney’s basement on an early 1980s Tascam 388 8-track recorder. He dubbed the raw sound “medium fidelity”.

The release will be joined by a reissue on black and orange vinyl of the 2006 EP Chulahoma: The Songs of Junior Kimbrough, a tribute to Fat Possum bluesman Junior Kimbrough.

Both records appeared originally on Fat Possum and are repressed in quantities of 1,500 and 750 respectively via Newbury Comics, with release planned for 29th October. Click here for more info. [via Sly Vinyl]