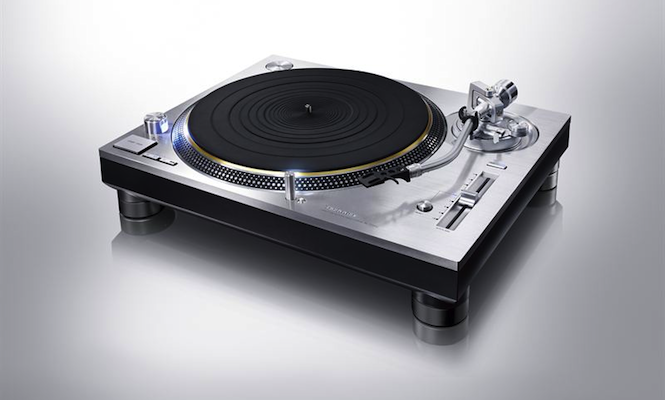 The much anticipated return of the Technics SL-1200 due in Autumn 2016.

Technics has revealed that the new standard edition SL-1200G turntable will hit the market in the Autumn, after news that the 300 limited edition decks released in Japan sold out in just 30 minutes.

Having previously only detailed the 50th anniversary limited edition SL-1200GAE deck, the Japanese company has also now revealed the specs of the standard edition too.

Carrying the same features as the limited edition – notably the inclusion of a set of micro-processor controlled sensors to suppress minor vibrations emanating from the new coreless direct drive motor – the standard edition will also retain the same lightweight magnesium tonearm, a feature Panasonic initially said would be aluminum.

With just 900 further limited edition decks to go on sale worldwide, the standard issue release will be most people’s best opportunity to own the updated version of the world’s most iconic turntable.

However, it won’t come cheap. Almost three times as heavy as the original SL-1200 model (at a whopping 18kg), and with every component built from scratch (bar the dust cover), it has been reported that the limited edition will retail in the UK for £2799, with the standard edition expected to come in at a similar price.

Available to buy in Autumn 2016, you can check out the specs in full below.

Read how the Technics SL-1200 became the world’s most popular turntable and explore our interactive timeline charting the evolution of the iconic model.

History of vinyl traced in new panel discussion at ICA