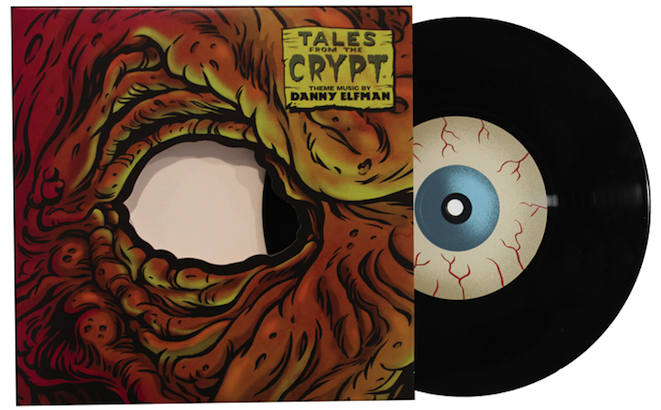 1989 was a pretty productive year for American composer Danny Elfman. Having spent the summer composing the jauntily chilling theme to Tales From The Crypt – the animated horror series gleaned from E.C. Comics originals – he would go on to cap the year by penning the opening sequence for a new animated series on Fox called The Simpsons.

Emerging from under their considerable yellow shadow, Elfamn’s Tales From the Crypt theme is to be rescued from those very vaults for a special edition 7″ reissue by soundtrack label Mondo, whose attraction to the quieter corners of animated soundtracks have already seen them press the best of Studio Ghibli to vinyl this year.

Once again, Mondo will be dissecting Tales From The Crypt three ways, of which the first edition of 500 with ‘Ghoulish’ Gary Pullin’s die-cut Eyeball motif is certainly the most striking.

The records will be first available at Mondo’s Texan gallery on Friday 25th October. [via FACT]

See the other two covers below: 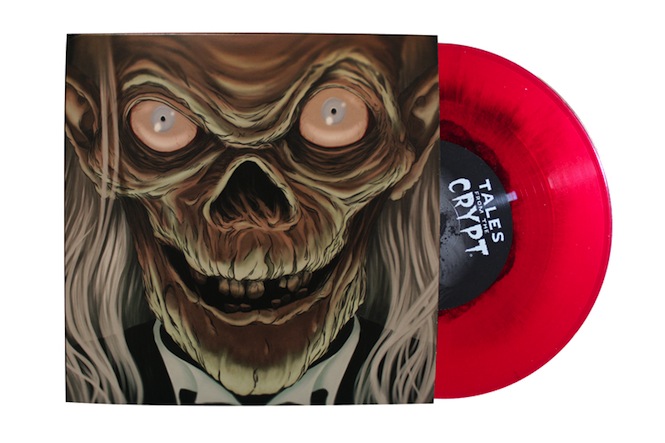 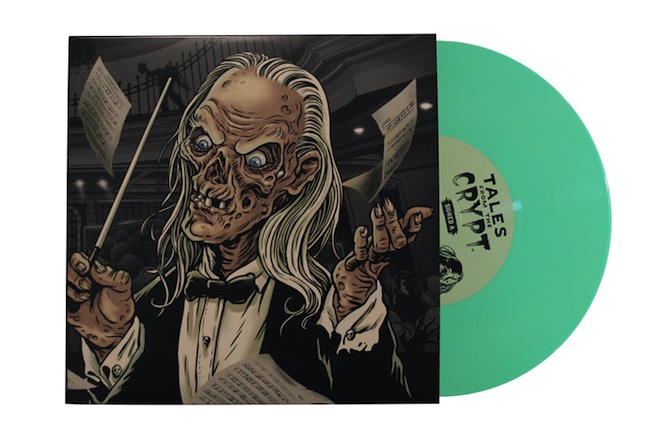 Stream Le1f perform live from the Serpentine's 89Plus Marathon from 21.15 (BST) tonight