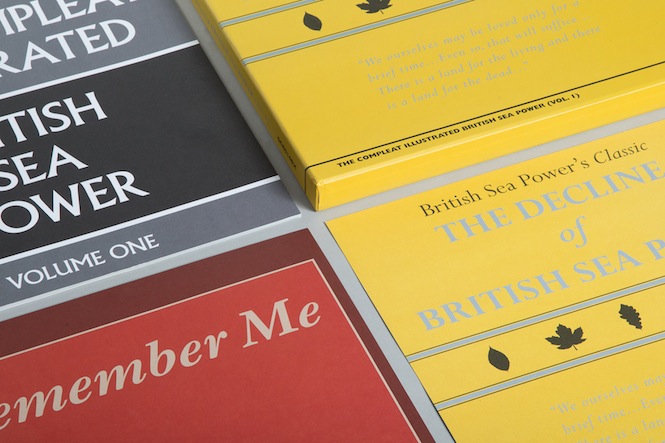 The Decline Of British Sea Power has received one of the most complete reissues of the year.

Earlier this year, British Sea Power’s modestly titled debut album The Decline Of British Sea Power was treated to an extensive vinyl reissue. Housed in a heavyweight box in the style of an authoritative almanac, The Compleat Illustrated British Sea Power (Vol. I) presents itself as a comprehensive audio-visual guide to the Brighton band’s striking 2003 curtain-rasier.

The box set tells the story of the album from all angles, with a full-colour 50-page 12″ booklet of previously unseen photos and rare bits of BSP artwork, and numerous extra recordings highlighting the full extent of the album’s reach. These include the Decline-era B-Sides, a selection of rare demos and live recordings, and a DVD compiling live footage from the UK and Japan alongside BSP videos and bonus features.

As if that wasn’t enough the double vinyl, 5xCD and 1xDVD collection includes a set of 12″ BSP sleeve art prints, an embroidered patch and, most importantly, a branded beer mat.

To give you an idea of the scale and craft involved, we’ve photographed the box from all angles. Check it out below and order your copy, released on Golden Chariot Records earlier this year.