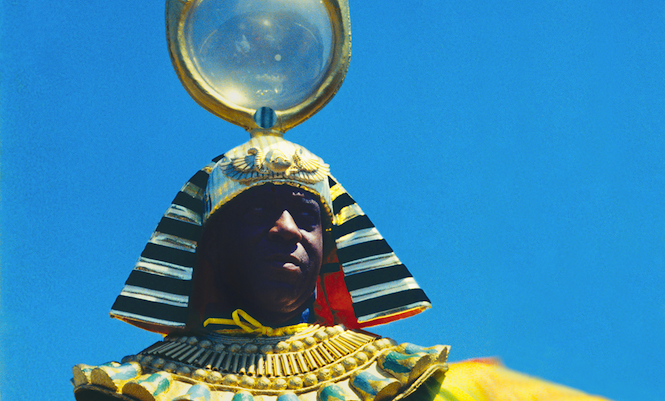 The three 10″s include the apocalyptic groove ‘Nuclear War’.

Three of Sun Ra’s most iconic recordings are to be reissued on coloured 10″ vinyl, each backed by previously unreleased material.

Spread across three EPs, the series includes Sun Ra’s atomic anthem ‘Nuclear War’, the classic ‘Rocket Number Nine’ and ‘The Lady With the Golden Stockings’ by Sun Ra and his Myth-Science Arkestra. 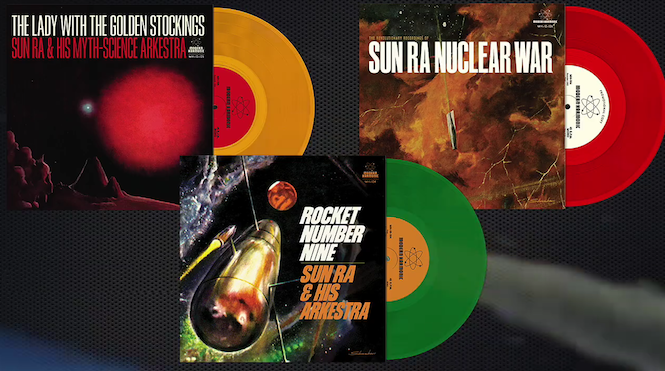 Each pressed to a different coloured 10″, the tracks have been paired with two originally unissued cuts on the b-side. You can preview the skittish, free-jazz wig-out ‘Twilight’ from the ‘Nuclear War’ 10″ in the video below:

Released on 16th September, you can pre-order all three EPs now individually or as a single bundle.