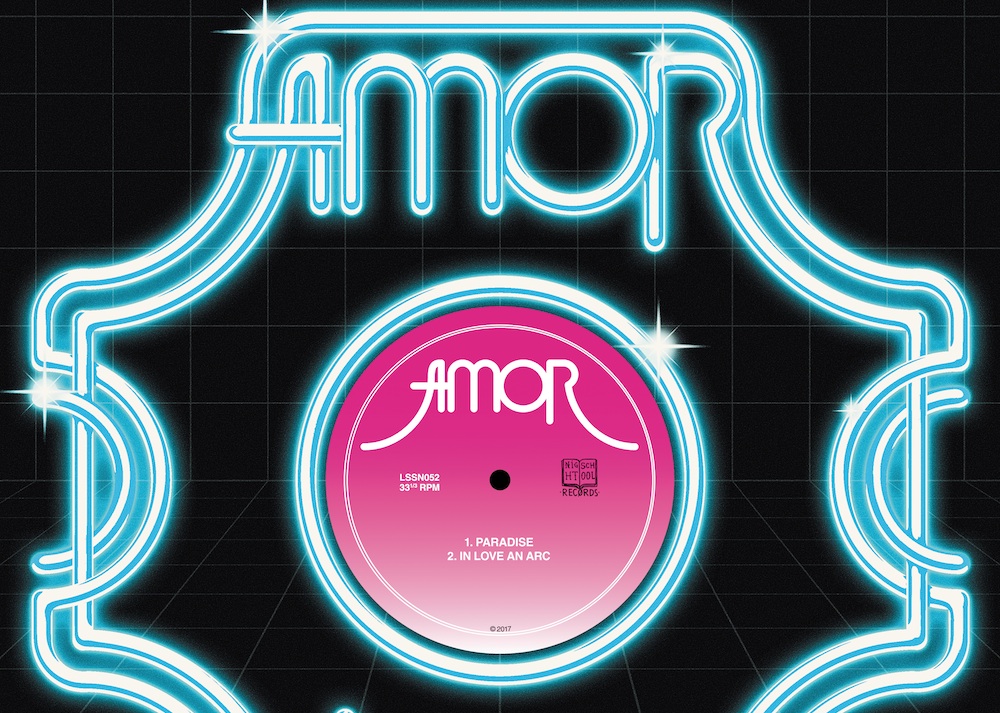 Newly enrolled at Night School Records, AMOR have announced themselves with a belting new avant-disco 12″.

Equal parts Arthur Russell, This Heat and Philadelphia International, both tracks on the 12″ come in at 13+ minutes, searching, building and breaking like the era’s great extended disco mixes.

Stream them both exclusively below:

Recorded at Glasgow’s iconic Green Door Studios, AMOR members Richard Youngs, Luke Fowler, Michael Francis Duch and Paul Thomson bring a wealth of experience to the table, whether that’s playing with Franz Ferdinand (in Thompson’s case) or recording over 140 times in different guises, as Youngs has.

As the label says, “while unmistakably dance music, these are analog recordings, sounds in a room, in space. The musicians are messengers, the message is love.”

Limited to 500 disco-sleeved copies, you can order your AMOR 12″ direct from Night School here ahead of its release on 31st March.