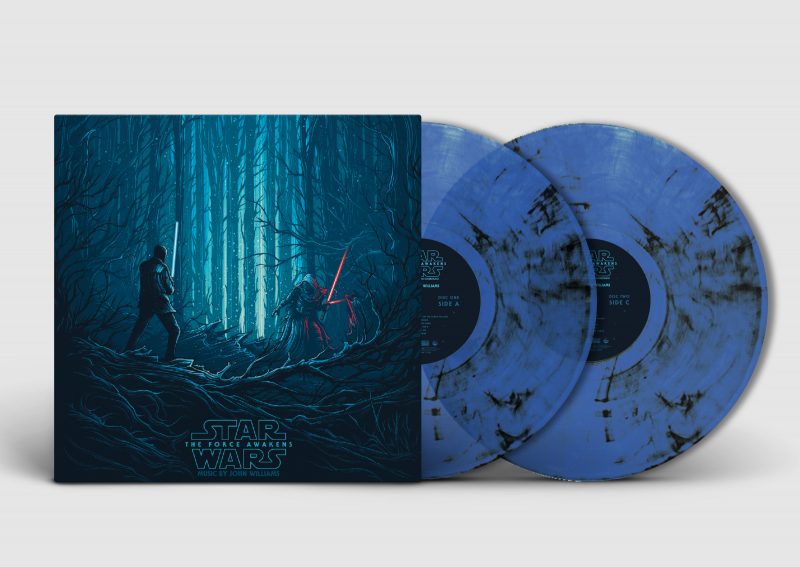 With colour vinyl and new artwork.

Composed by John Williams, whose sounds and themes are synonymous with the Star Wars universe, this score was recorded over twelves sessions in a five-month period during 2015. It’s the first of the Star Wars films to feature a 90-piece orchestra.

“An array of stunning artwork accompanies this record from the UK’s Dan Mumford, presented as a collectable illustrated cover with exclusive inner gatefold piece,” says the label. Have a look at the gatefold inners and colour vinyl below.

I Am Shark’s collector’s edition of The Force Awakens is available from today (3 February) as an exclusive pre-order.