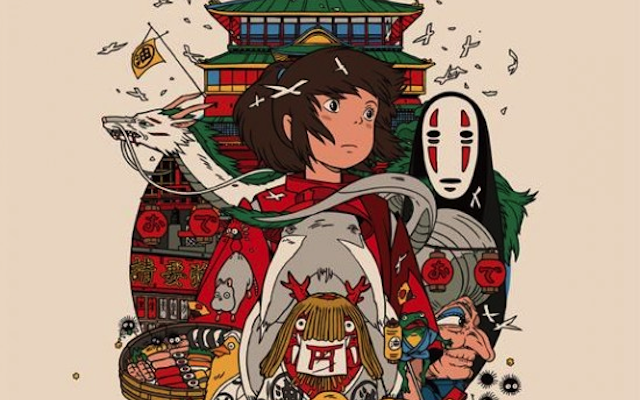 Much-loved Japanese film house Studio Ghibli are releasing a compilation of music from five of their most popular movies.

With a reputation for beautifully crafted and sophisticated manga, Studio Ghibli have teamed up with poster company Mondo to release music from Princess Mononoke, Spirited Away, Howl’s Moving Castle, The Cat Returns and My Neighbors The Yamadas on vinyl.

Designed by Mondo, whose foray into vinyl soundtracks saw them release Tom Cruise’s Oblivion OST earlier this year, Studio Ghibli: Kokyo Kyokushu will be released in three separate 2xLP editions with artwork and coloured vinyl specific to either Spirited Away, Howl’s Moving castle (the only with traditional Japanese Obi strip and all-Japanese text) and Princess Mononoke. The compilation will be released on 26th July, when you will be able to order it from mondotees.com. [via Slash Film]