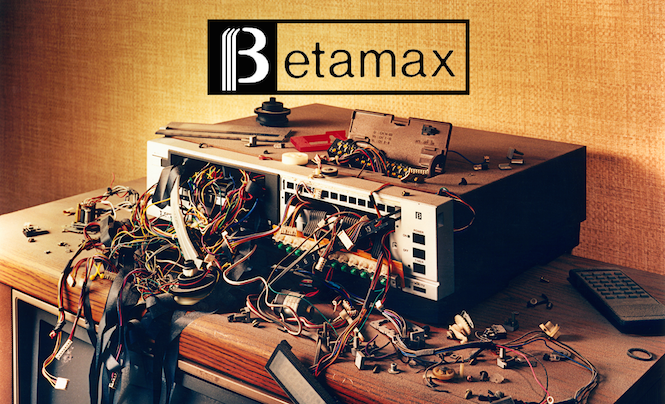 Sony puts Betamax out of its misery.

Assumed to be long dead by many, Sony has officially announced an end to its Betamax tape format. Sony will end production of the tapes in March of next year, 40 years after the product was introduced into the market and 30 years after it became more-or-less obsolete.

“This will make the final shipment of all our memory media for Betamax,” Sony said in a Japanese-language statement. The company made its last Betamax video recorder in 2002.

Betamax is best known for its role in the videotape format war that took place in the 1970s and 1980s. Sony’s Betamax was pitted against JVC’s VHS format. The latter eventually won the war, with consumers adopting the VHS format en masse.

Last year, Sony CEO Kazuo Hirai praised the Betamax and the standards it set way back in 1975. “Watch whatever, whenever,” he said. “This idea still resonates and defines everything people desire and expect even today.” [via CoS]

Read next: The evolution of physical formats – an interactive timeline

10,000 wax cylinders have been digitised and are free to download