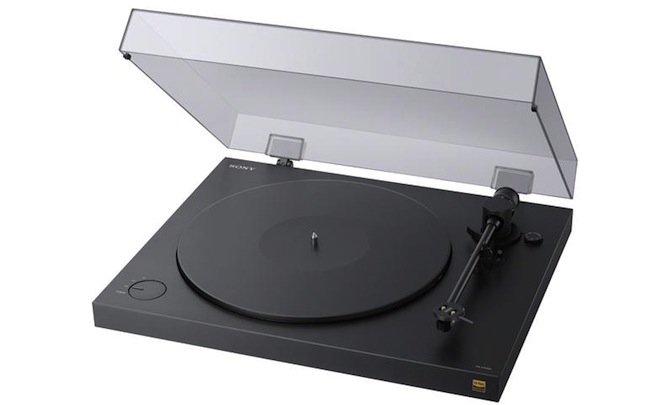 Earlier this year, Sony unveiled their newest turntable, a sleek mid-range model which claimed to be the first turntable to allow to to convert your vinyl to digital in high-res audio quality.

“It’s a bit more high-end than the models that we used to do and different because it’s a high resolution audio turntable. We are able to rip analogue straight into a high resolution audio format. That is, WAV up to 24bit/192kHz. But that’s not all, the turntable also supports DSD (2.8MHz) and double DSD (5.8MHz) if you wish. You can choose what quality you wish to rip from CD quality upwards.”

The default high resolution choice of WAV indicates that this is a turntable with a measure of thought behind it. The more common FLAC option found in many other products may technically be ‘hi-res’ but that format remains compressed and tests show that it is sonically inferior to WAV. Of course, you can convert your WAV file to FLAC later.

“There is a featured USB connection included that can be used to connect the turntable to a computer but the actual digital processing work is done within the turntable itself via a Sony-built and designed DAC,” said Bulander. “Of course, with a featured Line-Out connection, you can just use the product as a basic turntable too, if you wish.”

Sony also offers an in-house designed software package called Hi-Res Audio Recorder. When you buy the turntable, “…you get a link in the box and then you download the software from the Internet,” said Bulander.

The basic deck offers twin speeds, selectable via an iPod-style rotating wheel within the plinth that also features an intriguing ‘stand-by’ option (this is one turntable that you never switch off). The arm is a Sony design but the included cartridge is an unspecified Audio-Technica MM OEM design that, according to Bulander, “…has been design specially for this product.”

Read next: The best gear to digitise your record collection without losing that analogue warmth.

Huge collection of vintage turntable needles and cartridges up for sale