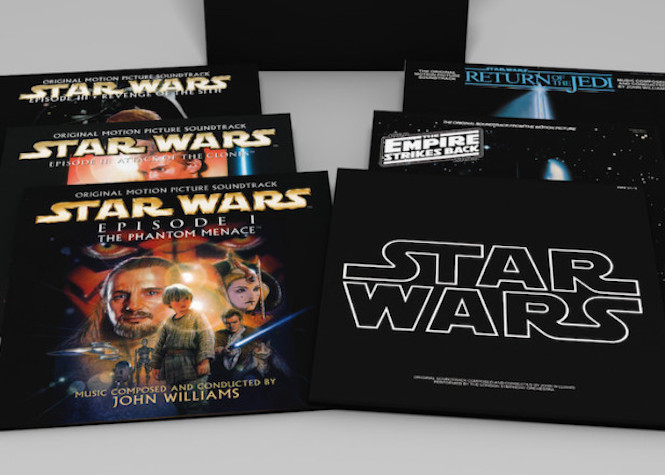 Sony Classical will begin 2016 by revisiting the music from a long time ago in a galaxy far, far away with Star Wars: The Ultimate Vinyl Collection.

The collection brings together the music from all six Star Wars films in one box set that recreates the artwork from the original vinyl releases. There will also be a CD release that comes with an additional disc featuring interviews with Harrison Ford and composer John Williams, as well as an hour-long DVD pairing music from the films with key sequences.

Look for it January 8 2016 and revisit the Star Wars‘ Oscar-winning score below.