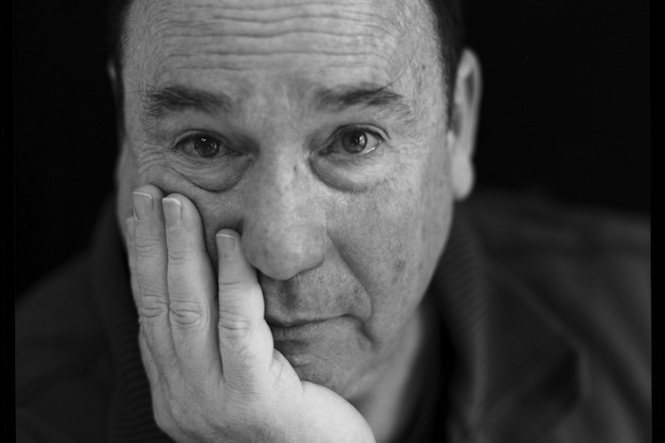 Give the drummer some.

Ghosting across the back catalogue of some of the finest experimental American recordings, percussionist William Winant has finally committed his inimitable brand of feather-light free-jazz improvisation and experimental noise to vinyl in a lavish super heavyweight vinyl release complete with wooden spine.

That said, there’s nothing rigid about Winant’s performance on Five American Percussion Pieces which covers work by Lou Harrison, Michael Byron, Alvin Curran, and James Tenney recorded over the last 37 years and only serves to confirm why his services have been consistently demanded by the likes of Johns Zorn and Cage, Thurston Moore, Mr Bungle and Sonic Youth.

Dovetailing with Zorn’s agile multi-instrumentalism, Winant’s five suite LP moves effortlessly between orchestrated avant-gardism (“Song of Quetzalcoatl”), twinkling new age meditation (“Trackings I”) and acoustic drone (“Having Never Written A Note For Percussion”). While comparisons with the minimalism of Steve Reich and Laraaji are inevitable on the more ambient pieces, “Song of Quetzalcoatl” has a rougher edge not a million miles from Charles Mingus’ Black Saint & the Sinner Lady or Peter Zummo & Arthur Russell’s downtown curiosity Zummo With an X (recently reissued by Optimo Music).

Five American Percussion Pieces has been released by Poon Village on 200g vinyl in a limited edition of just 350 copies. Listen below: