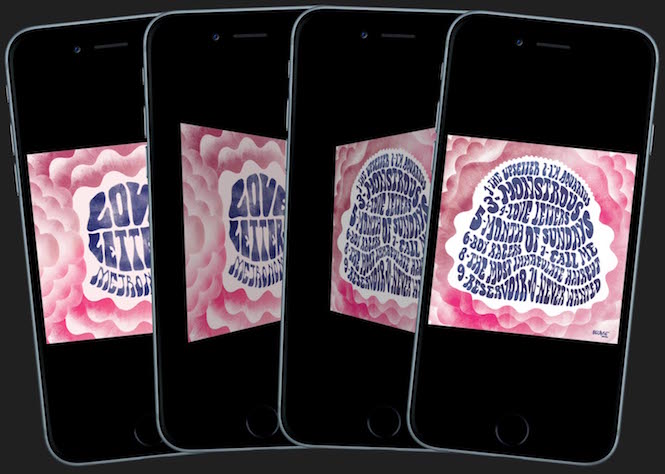 Good luck with that.

Sleevenote is the new music app hoping to fuse the joys of physical artwork with the ease of digital. Describing itself as a ‘post-discovery’ tool, the idea is improve people’s listening experience of albums that already exist in their digital music libraries.

Its designer Tom Vek argues that cover art is something that streaming platforms have mostly sidelined. “I’ve been pretty shocked how poorly treated the album as a package has been”, Vek told CMU. “I think I expected Apple with their tasteful approach to most things to have done it better, perhaps originally with iTunes, or even had a better understanding of the need for accessible formatting with iTunes LP – all these chances to differentiate ‘owned’ music as streaming has grown.”

Right now Sleevenote has built up a database of 1000 specially formatted digital album sleeves by Adele, Radiohead, Amy Winehouse, Beyonce and more. These sleeves display the original cover art and complete tracklist, and soon will also include liner notes. Currently available for iTunes and Apple Music, artwork not currently in the Sleevenote database is pulled through Apple’s API.

“I feel like it’s late, but will never be too late to create a compelling digital format that makes something feel more owned, even emotionally more so than literally”, he continued. “I say this freely – the vinyl revival should make digital music feel ashamed of itself. That’s our benchmark, it needs to be better than vinyl”.

Vek’s vision for Sleevenote is to create “a standalone double-sided square ‘virtual vinyl’ sleeve that sits pride of place next to a hi-fi system in the home of the future” but what he seems to be forgetting is vinyl’s tangibility; to hold a 12″ record, read its liner notes and gaze at the artwork is not something that a smartphone app is going to rival any time soon.

Try for yourself here.

The 10 most collectable Radiohead vinyl editions