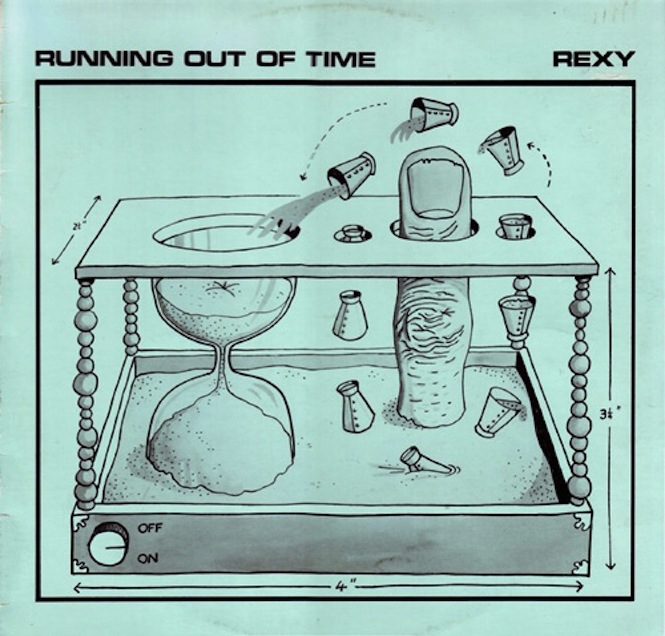 Urbani also covers ‘Alien’ for the inaugural release on URU.

Friends founder and Blood Orange collaborator Samantha Urbani will launch her new label URU with Running Out Of Time, a secret masterpiece by New Romantic duo Rexy. The reissue will also include Urbani’s own cover of ‘Alien’.

Discussing how influence of the record on her in a press release, Urbani wrote:

I first heard Running Out of Time a few months after I had formed my own first (and only) band, Friends, and I heard natural similarities to the music I was already creating that made me feel very at home in listening to the album – like a companion that understood me – and enough differences to feel inspired, fascinated, and infatuated. There were songs about feeling alien amongst societally ‘normal’ humans, being suspicious of ‘music industry’ types who come off as vampiric, out of touch, and deceptive, songs about cops being scary righteous idiots, songs about forlorn yet zen-like acceptance of lost love – all things I felt so deeply at the time. And it was sung all in the most natural, un-self-conscious, spunky, sassy, and unaffected young woman’s voice – a record that was something truly punk, truly individualist, in that it was purely itself.

Also – Running Out Of Time had never been compromised by having a continued legacy that could ever miscontextualize it. I felt like Rexy’s one and only album had been fossilized in a perfect way, by its singularity, its mystery, and its illusiveness. This turned it into its own little esoteric- yet totally relatable and honest- world.

Listen to Urbani’s cover of Rexy’s superbly weird ‘Alien’, plus the original below.

Pre-order the record, set for release on March 18, from Rough Trade.