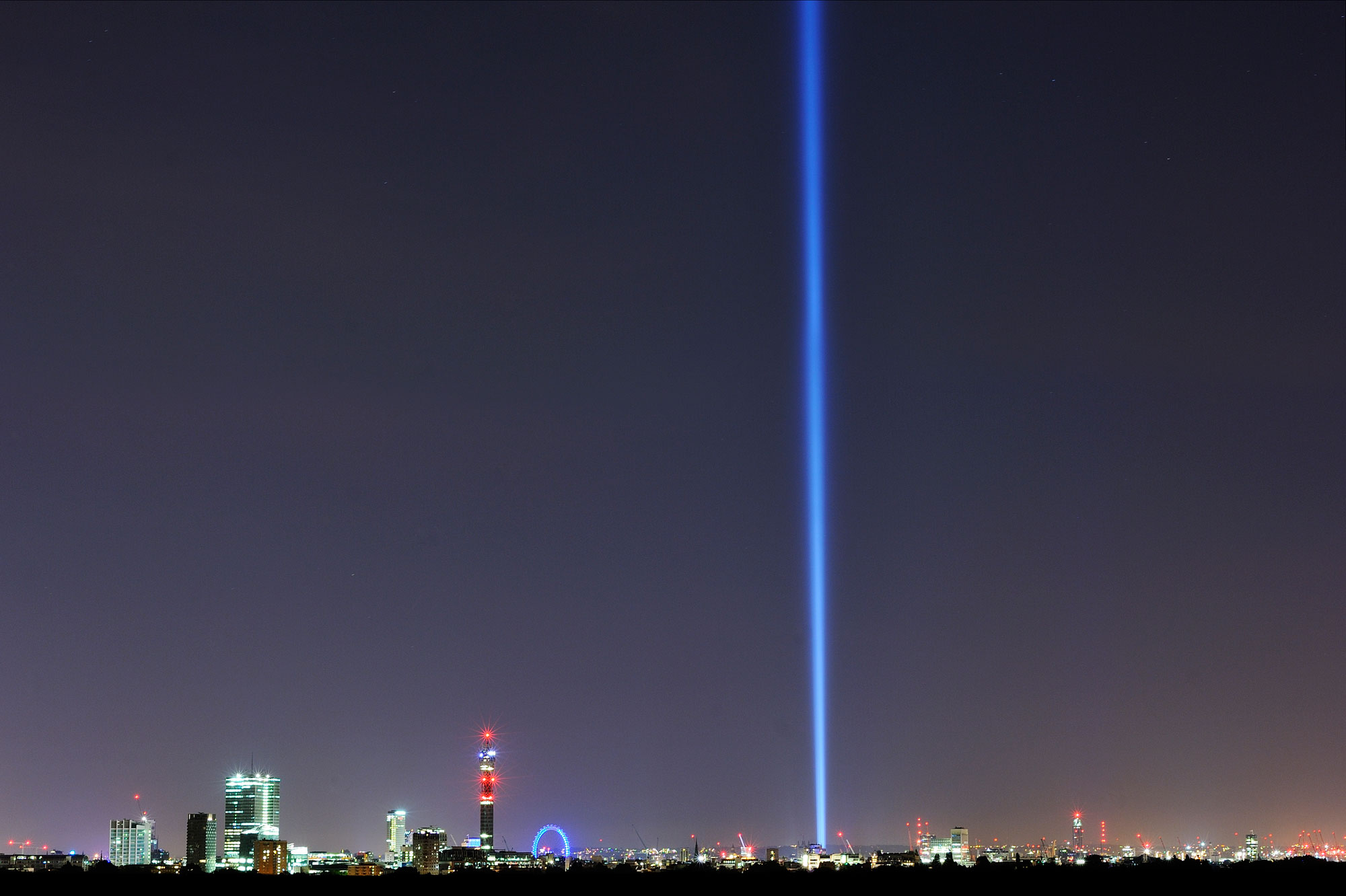 As lights across the UK were extinguished last night to commemorate the start of World War I, a column of white light was beamed into the sky over London. Looking more like a laser beamed down from the heavens or an ominous precusor to an alien invasion, it was – in fact – a creation by legendary Japanese audio-visual artist Ryoji Ikeda.

Spectra – a 20 metre grid containing 49 searchlights installed at Victoria Tower Gardens, next to the Houses of Parliament – appeared unannounced in the sky at dusk Monday 4th August and for seven nights only it will be visible across the city between sunset and sunrise. People can walk within the grid of lights, experiencing a specially composed soundtrack by Ikeda. Walking through these sinewaves, a personal musical score is created for each visitor at the source of this architectural intervention in the sky.

“When you experience it any kind of context is suddenly gone,” Ikeda told The Guardian. “From a distance, it looks monumental and solid, but when you are in it, it is entirely meditative. People stare up in wonder. It causes necks to strain. The experience is so pure and direct, they can take it with them into their own life.”

Ibiza uncovered: An introduction to the Balearic sound in 20 records