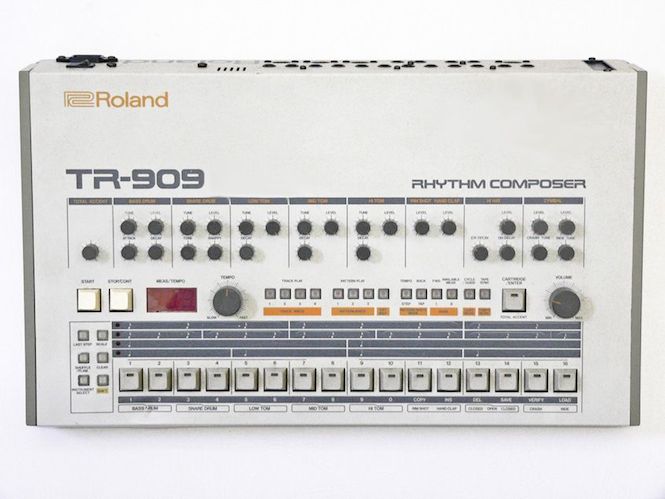 One of the most iconic drum machines ever made.

Roland has dropped a strong hint that the iconic TR-909 drum machine is to be revived in some form as part of a big product launch next month.

The Japanese gear company has announced a “909 Celebration Event” on September 9, which it says will see a series of products revealed during a global live-stream.

Read Next: 12 artists reflect on iconic drum machines including the 808 and 909

“For 33 years the TR-909 has been one of the most definitive sounds in electronic music and the beating heart of DJ culture,” Roland writes. “Join us as we celebrate 33 years of the “909” with the release of many new and inspiring electronic instruments.”

The TR-909 is arguably the most revered drum machine after the TR-808. It was a key instrument in the development of techno and is still used by artists such as Jeff Mills today, but was discontinued in 1985 and fetches a high price on the second-hand market.

Roland hasn’t said outright that a new TR-909 will be launched, but given the significance of the date it seems likely that a new drum machine will be among its announcements. The key question is what form it will take. The company previously launched the Aira TR-8 in 2014, which already includes the sounds of both the TR-808 and 909 on board as well as an expansion to include the TR-707, 727 and 606.

However, there have been persistent rumours that Roland is intending to add its classic drum machines to the Boutique line, which last year revived the vintage Jupiter-8, Juno-106 and JX-3P synths in trimmed-down form. As well as posts on Reddit and other forums, the developers of the Boutique series suggested that a reissued 909, 808 and TB-303 would form the second wave of Boutique gear in an official Q&A at the Roland site.

The 909 Celebration site lists live streams for a number of categories, including synths, DJ gear and keyboards, so we can probably expect more than just a drum machine to be announced. We’ll know for sure when Roland’s live stream starts at 9:10am CEST on September 9.