Meet the rising star as she drops her vinyl debut with Nite Jewel.

Sharing a love for maximalist synths and retro-futurist aesthetics, Nite Jewel has transformed the RnB slow-jam into a belting house track aimed squarely at the dancefloor.

“It was easy to get inspired for this remix as Rina’s vocals are so powerful and complex,” she says.” I knew I wanted to make it into a dance song and turn Rina into a belting house diva… As I got deeper and deeper into the vocals, the remix took even more twists and turns, developing into new sections with even more harmonies and kinetic breaks.”

Rina Sawayama’s Cyber Stockholm Syndrome Nite Jewel remix will be released via The Vinyl Factory. Click here for more information and to pre-order a copy.

To give you a little bit of an introduction to her music, we spoke to Rina about fashion, her record collection and why she has so much love for video games.

Congratulations on your first vinyl release! You’ve been quoted as a ‘digi-pop powerhouse’ for today’s digital youth – Do you feel there’s a companionship between digital and vinyl audiences?

Well, vinyl’s so resurgent and I think it’s a direct reaction to the digitalisation of music – people want something to hold and make music special again. I always strive for perfection for my fans so curating and designing a physical record as an artistic opportunity is really exciting.

On the topic of vinyl – what’s your collection like? Any faves?

I have a small collection and a vintage BUSH record player with a mono speaker. Because of the sound quality I stick to old music; my first ever record was Tower of Power that I got in New York and the speakers are perfect for Sarah Vaughan’s Cool Baby and Julie London’s Julie is Her Name. My favourite record actually doesn’t sound the best on this record player; its Utada’s First Love. Lana Del Ray’s Born to Die sounds great through the mono speakers too. 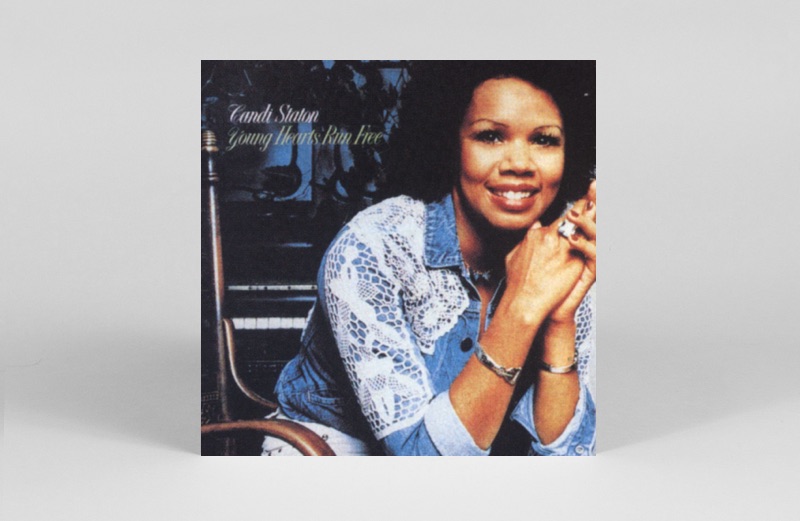 Select your top 5 record sleeves and why you choose them.

Well First Love by Utada again because it’s so striking. I have an Andrews Sisters’ Best Of record that looks amazing and very Fiorucci, and Candi Staton’s Young Hearts Run Free cover is cute because of her smile and over plucked brows.

The vibes used for your artwork and videos are fresh and enticing! Do you have any major art, designer or video influences?

For the video for ‘Cyber Stockholm Syndrome’ I watched a lot of late ’90s/’00s pop videos and honed in on the characteristics of that era – fish eye lens dance sequence, close up a face shot from above, wind machines, the metallic set designs and relaxed choreography. 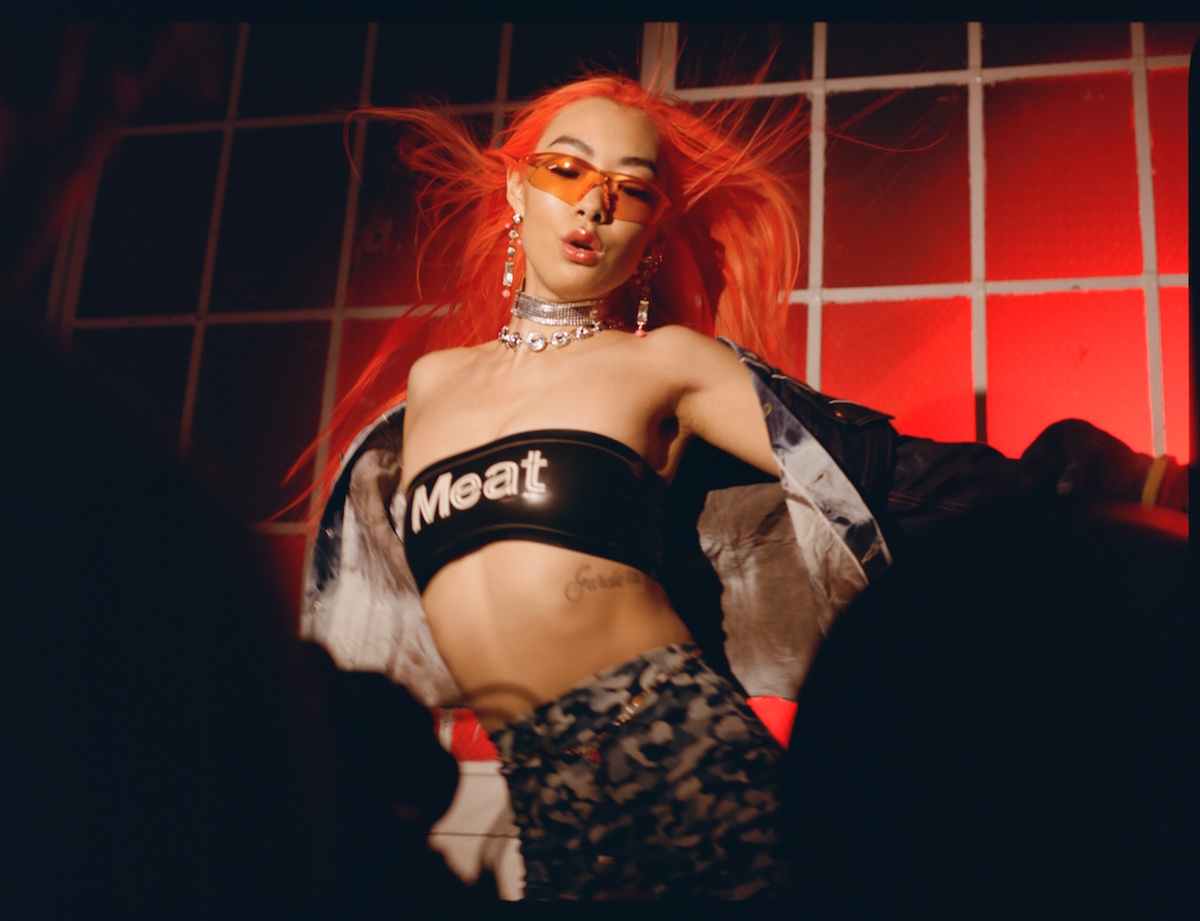 I also watched a lot of Kylie Minogue’s music videos, which are incredibly art directed and styled. In general I’m inspired by American and Japanese pop influences of that time, it just takes me back and makes me happy. I’m also inspired hugely by the emerging designers that I find on Instagram that we featured a lot of in the video and cover art.

How was it working with Nite Jewel for the remix that features on the EP?

Amazing! She is so talented and took the gave it that old school, almost garage-y vibe that I love. Would love to collaborate more in the future.

If you were given the opportunity to create the music for an upcoming fashion show, would any designers be top of the list?

I would love to collab with Turkish designer Dilara Findikoglu, if Percy Lau eyewear did a show that would be cool, Knorts is a new American denim company that has just launched, Poster Girl, AMBUSH, Growing Pains, Fiorucci, Paula Knorr – all would love to do music for. 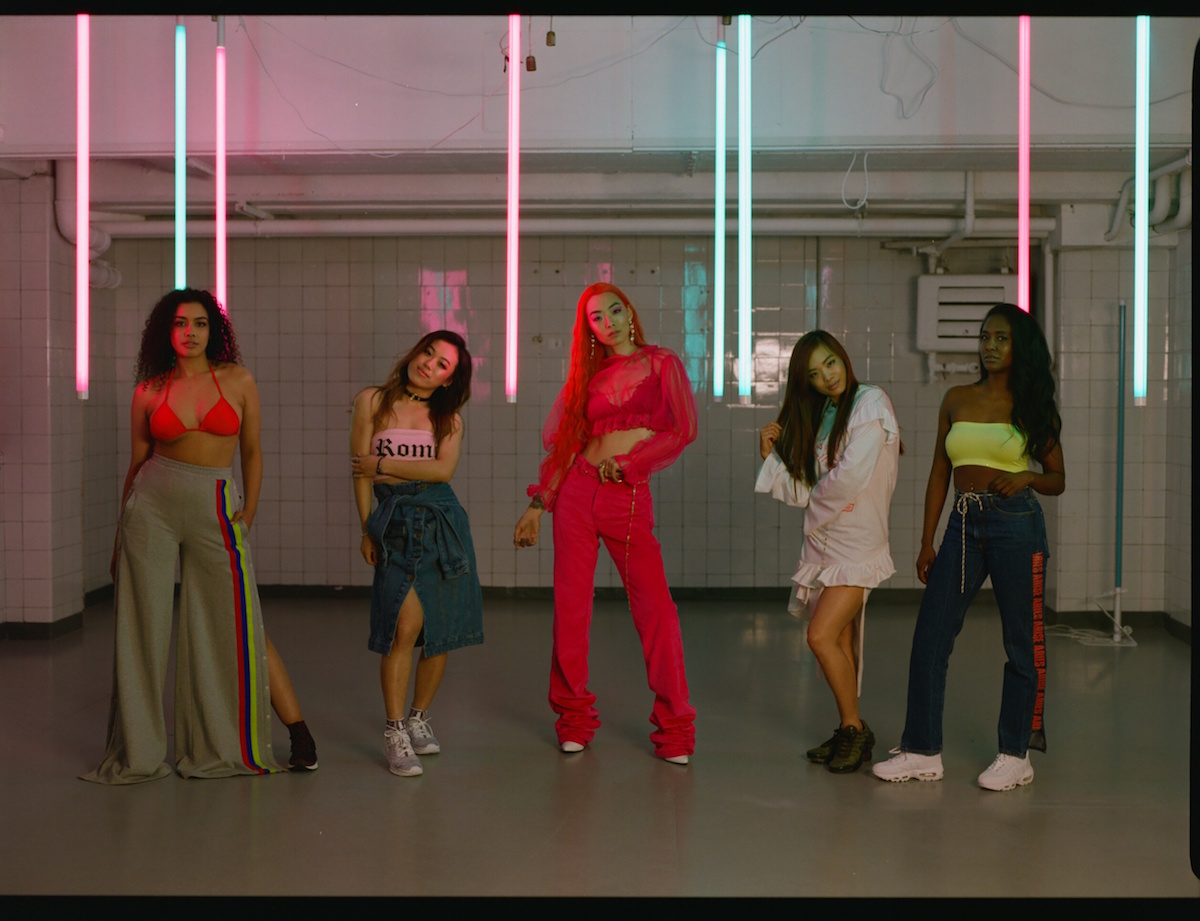 We read a recent iD interview that proclaimed your love for computer, PS2 and Super Famicon games. What’s your fave game to play & why?

OMG! I have so many. I grew up playing Final Fantasy and DDR on the PS2. At the moment I’m obsessed with Horizon Zero Dawn on PS4 as its got an amazing storyline and a really intriguing female protagonist that’s not wearing a bikini and totally useless (ugh finally). I have Final Fantasy 15 ready to play next, but FF9 was my fave game of all time. Saying that, my most memorable game is one that’s called Katamari, where you roll a ball around different worlds, making this clump, and the bigger you get the bigger things you can pick up – in the last levels you can pick up entire universes. It’s so fucking bizarre, but it’s SO Japanese and I love it. I do like Nintendo games but I find that Playstation has a better story, I get bored with the same Mario narrative over and over. I also love GTA 5 and Harvest Moon, Lol.

If you were to create your own game what would the concept be?

Ok first of all it would be on the Playstation. It would have a relatable POC lead female character whose personality is a mix of Aloy from Horizon and the girl from Last of Us. It would be centred around the idea of a parallel universe like in Stranger Things; like Persona but not as linear, and involve time/space travel like in Interstellar – a sci-fi rooted in High School life for sure. If there’s disruption on Earth you can go to another dimension to fix it subtly, for example one level you have to go and talk to the animal kingdom to find a solution. The game play would be a mix of Persona 5, Watch Dogs, Horizon, Final Fantasy 10. Playstation come at me! 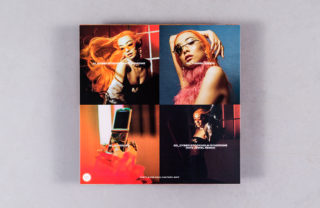