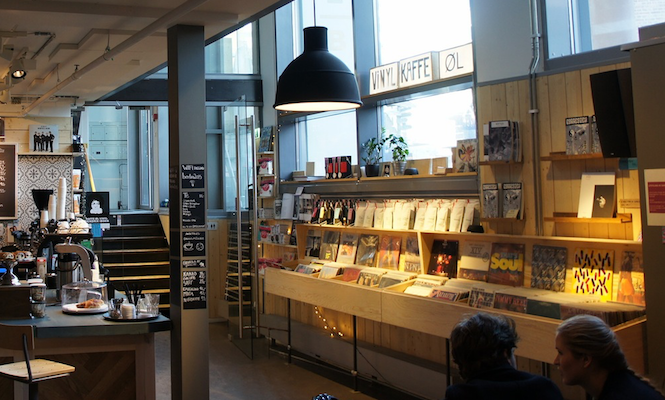 And Record Store Day and vinyl’s renaissance are to blame.

Author of Original Rockers, a deeply personal history of Bristol’s Revolver Records shop published last year, Richard King has returned to the subject in a recent article for The Guardian, explaining that while writing the book he felt that “through initiatives such as Record Store Day and the recent narrative of vinyl’s renaissance, record shops themselves were undergoing a form of gentrification.”

Written during the Mayorship of George Ferguson, who in King’s eyes was exploiting the Bristol’s rich counter-cultural history for property investment, Original Rockers emphasises “how the perceived cultural capital of the city was the result of years of illegal and semi-legal behaviour, of people coming together at sound systems, blues parties and in front of graffiti-decorated walls, to demonstrate their legitimate sense of injustice at how the city had treated its less affluent areas and citizens in the past.”

Having worked in Revolver during his twenties, King describes the shop’s eccentricities, how it was “raided by police convinced it was an LSD factory,” or the time the owner was “kidnapped by concert promoters”, but perhaps most importantly how it “a meeting point for the dispossessed, who largely made up our clientele and who felt temporarily at ease with themselves within the shop’s four walls.” It’s an experience that he implies has been diluted by speculation and marketing and is analogous to the tale of the city and its then Mayor.

You can read King’s piece in full here, which includes a particularly evocative extract from the book. Published by Faber, Original Rockers is available now.