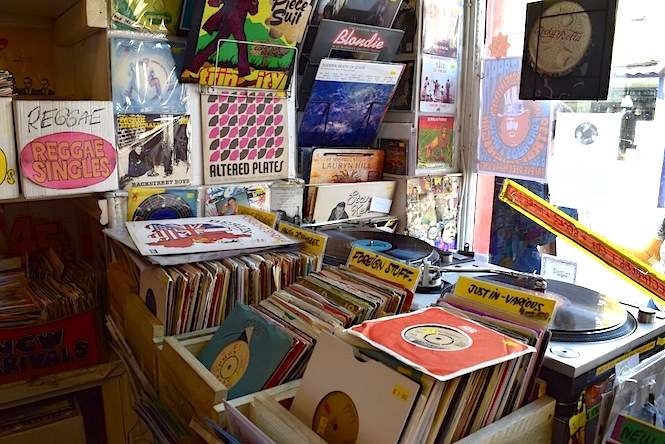 Whilst Discogs’ online catalogue Vinyl Hub is trying to document every record shop on the planet, new publication Vinyl Virus is crowdsourcing to launch a bi-monthly guide to indie shops by city.

VinylVirus will kick off in London, starting in the historic quarter of Soho for the first issue before moving to the North, East and West of the city. From there, the idea is to take the guides worldwide.

Limited to 1000 copies, each edition will feature a custom fold-away map, full-colour images and a directory of the shops. For the first issue, the A5 format magazine will be distributed free of charge across Soho in record stores, cafés, bars and fashion outlets.

Vinyl Virus is currently crowdfunding on Kickstarter with a target of £1,200. Pledgers will have copies sent directly to them.

Inside the world's biggest record collection: An interview with Zero Freitas