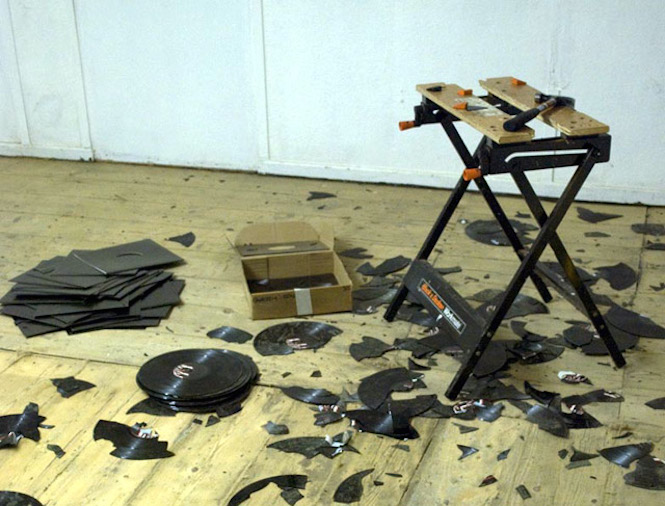 “Because of the rules and regulations, Record Store Day really isn’t fun, and it’s certainly not beneficial to small labels.”

UK indie labels Howling Owl and Sonic Cathedral will drop a new split single on April 18th i.e. Record Store Day. Except you won’t find their release in the mega list of RSD exclusives. The labels have written a lengthy letter, which you can read below, explaining why their release is not part of RSD, calling out the day for betraying what its original intent was and explaining the effect Record Store Day has on small labels.

Featuring tracks from Spectres and Lorelle Meets The Obsolete, the record will be pressed in a limited release of 365, but only one copy will be available on the 18th. The plan is to sell only one copy each day for the next year while keeping their message up on recordstoredayisdying.com. In their amusing, and rather self-deprecating letter they are quick to explain that this is not a protest towards record stores or Record Store Day in its original form, before explaining the effect RSD has on small indie labels.

If it’s a protest against anything, it’s what Record Store Day has become: just another event in the annual music industry circus that begins with the BBC Sound Of… list and ends with the Mercury Prize, co-opted by major labels and used as another marketing stepping stone, like an appearance on ‘Later… With Jools Holland’ or bagging the sunset slot at Glasto. If you want to queue up from the early hours of April 18 to buy Mumford & Sons’ 7” or an overpriced Noel Gallagher 12” to flip on eBay, then fine, but what the hell has it got to do with us? U2 have already shat their album into our iTunes, why should they constipate the world’s pressing plants with it too? And there’s a picture disc of A-ha’s ‘Take On Me’ as well. Of course it’s a fine pop single, but there’s bound to be a copy in the Oxfam around the corner.

No, because of the rules and regulations (minimum pressing amounts, no direct to customer sales, blah blah blah) Record Store Day really isn’t fun, and it’s certainly not beneficial to small, backs to the wall labels like Sonic Cathedral and Howling Owl. But we are still affected by it. Badly. There are currently no copies of Spectres’ album Dying on vinyl in the shops because the repress is somewhere towards the back of the queue after some Foo Fighters studio scrapings, a host of EPs by The 1975 and about a million heavyweight ‘heritage rock’ reissues that no-one really needs. Less Cheap Trick, more bloody expensive con.

Listen to ‘Record Store Day Is Dying’, the track that accompanies their letter.