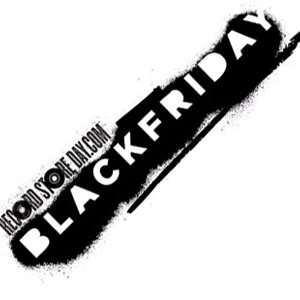 Record Store Day’s second outing of the year is upon us.

Record Store Day takes place in April but, for a few years now, has been sneaking in a second, smaller iteration on Black Friday – the US sales bonanza that sends bargain hunters into a wild frenzy.

Falling on 27 November, the day after Thanksgiving, the folk over at Record Store Day have just announced this year’s exclusives. As Stereogum point out, there’s an awful lot of coloured vinyl flying around.

Check out the full list of “special releases” here.

Only start a label if. . . A candid guide by Tompkins Square, the ultimate label of love