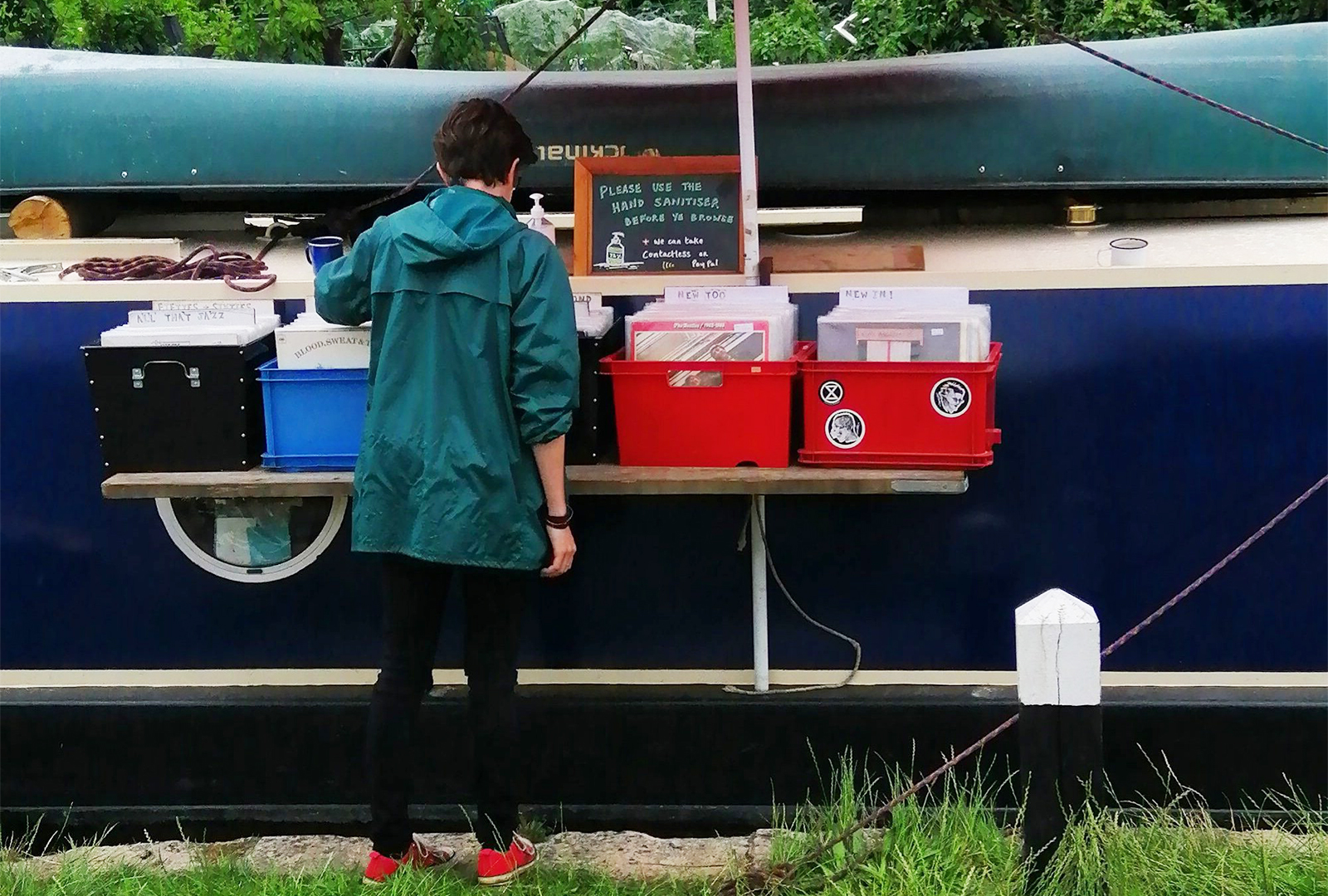 A floating record shop, called The Record Deck, has docked in Bath.

Owner Luke Gifford launched The Record Deck in 2014, having become weary of his college librarian job, and the rapidly rising costs of London rent.

The Record Deck travels across the UK selling records from canals and rivers — but only on “dry weekends”, of course.

Seven years since first putting out, The Record Deck continues to sail around the UK selling — and buying — old records.

While the shop stocks classics from the likes of ABBA, The Rolling Stones, and Simon & Garfunkel, Gifford also targets collectors with niche sub-genres including witch house and pirate metal — as he tells Long Live Vinyl.

“I get most of my stock from the people I meet,” he says. “People like the idea of their records being redistributed around the country on a boat. They even mention that; they’ll come to me because they want their records to end up in other places.”

Based in Tottenham, Gifford mostly peddles his wares in the capital and surrounding areas. Occasionally, though, he sets out for more distant destinations. This November, he’ll pitch up in Bath after a three-week journey from the capital.

The Record Deck will set up shop in Bath from the 7-8th of November, having just stopped in Bradford-on-Avon.