This record store is giving away 20,000 free records on Saturday 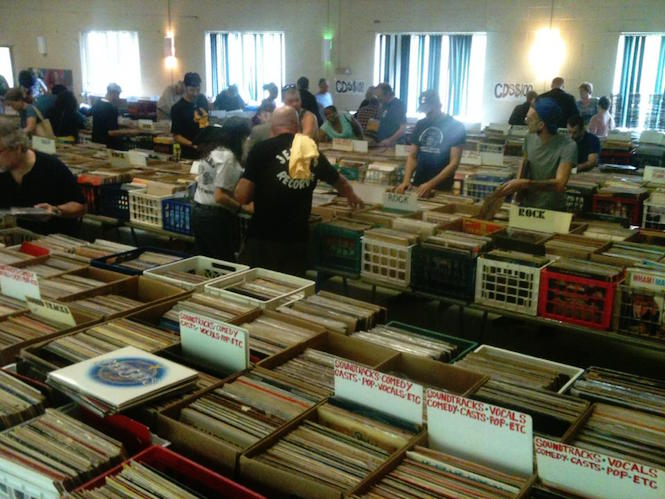 Jerry’s Records at it again.

Record Store Day is too often about long queues and inflated exclusives. Not at Jerry’s though: the Pittsburgh record store will continue its annual tradition of subverting the festival with a mass vinyl giveaway.

Packed in closed boxes of 100, the shop plans to hand out a whopping total of 20,000 free albums this Saturday 16 April.

“It will be about two or three times what I usually give out,” owner Jerry Weber told Post-Gazette. “I want to clear out the Bargain Basement a little.”

The shop stocks over one million used vinyl records and oft ranks as one of the biggest record shops in the world. Its Bargain Basement section features 100,000 albums. Jerry plans to close that part of the store by the end of the year.

Located at 2136 Murray Avenue, the store will open 10am to 6pm on Saturday.

For a peak of what might be inside those lucky-dip boxes, watch National Geographic’s hilariously sensational interview with Jerry from way back when:

Read next: The best and the worst of Record Store Day 2016