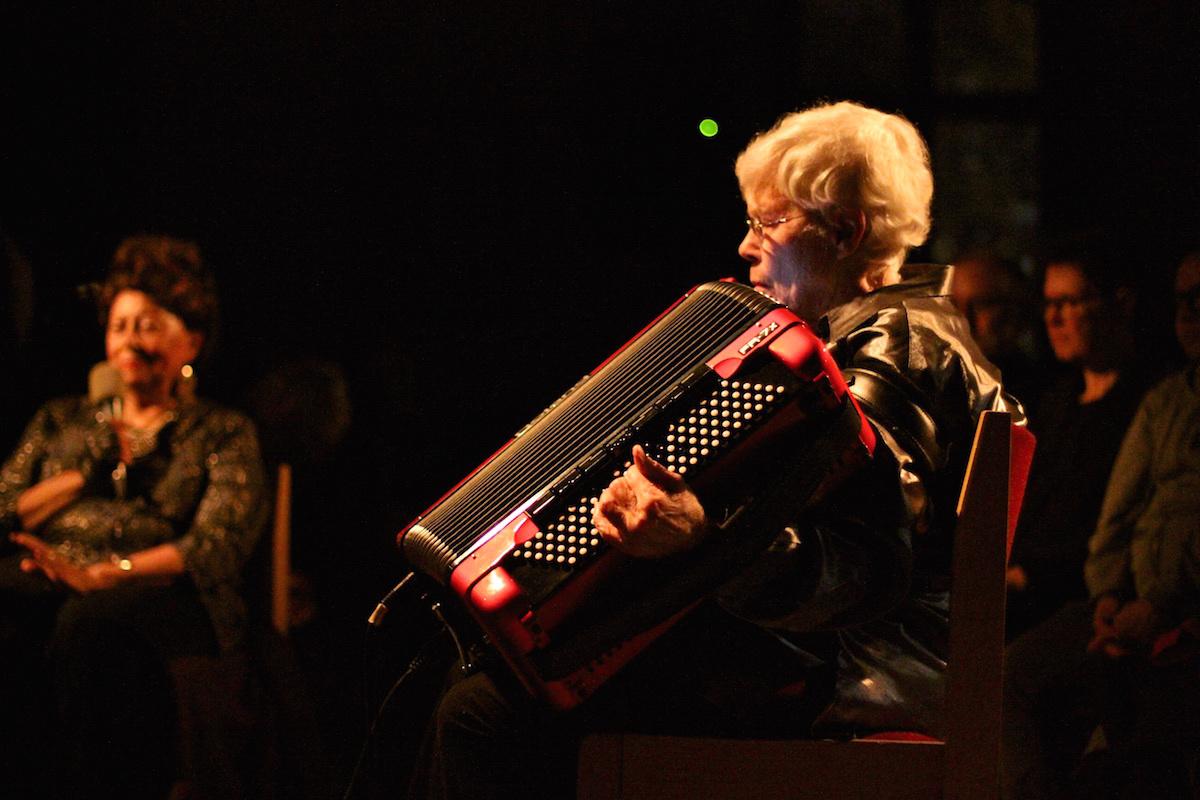 The passing of Pauline Oliveros at the age of 84 in late November was felt across the music community. A true innovator whose impact on the development of experimental forms of music and its structural frameworks cannot be understated, Oliveros was both a founding member and then director of the San Francisco Tape Music Center. She rubbed shoulders with contemporaries like Morton Subotnick and Terry Riley, with whom she participated in the first performance of ‘In C’. But she was perhaps most known for her development of the term “deep listening” to describe her philosophy of listening as a ritual and healing process.

“In hearing, the ears take in all the sound waves and particles and deliver them to the audio cortex where the listening takes place,” she told an interviewer in 2003. “We cannot turn off our ears–the ears are always taking in sound information–but we can turn off our listening. I feel that listening is the basis of creativity and culture. How you’re listening, is how you develop a culture and how a community of people listens, is what creates their culture.”

One artist who has made no secret of Oliveros’ profound influence is turntablist, experimental musician and artist Shiva Feshareki, whose most recent show on NTS was dedicated to covering the full breadth of aesthetics explored by Oliveros in her lifetime. It includes her earlier radical avant-garde electronic works from the ’60s, her electro-acoustic compositions, her spacious improvisatory voice and accordion works and of course excerpts from Deep Listening, “which was fully improvised and recorded 14ft underground in a cistern, using the reverberant acoustics of the space as a fundamentally important voice in the performance.”

What makes this mix particularly special though is Feshareki’s own involvement, which sees her mix each piece with an improvised turntable manipulation of Water Above Sky Below Now, the record Oliveros released with her partner Ione this year. The same passage appears in a different form between each piece. Listen to the mix in full above.