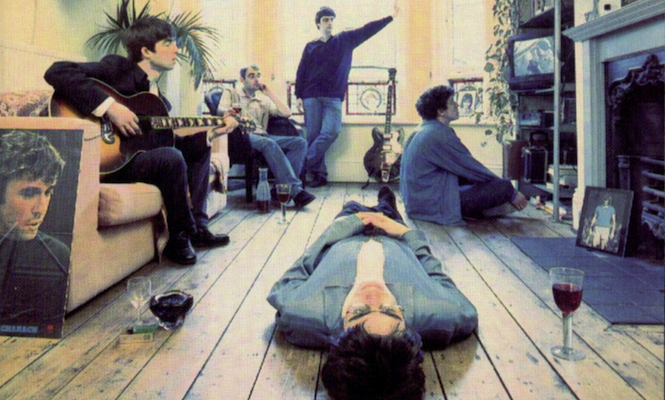 First official reissue of 1994 debut to be followed by two further releases in 2014.

Brit pop war-horses Oasis have announced via a video on their Facebook page that they are to reissue their first three studio albums as deluxe vinyl box sets over the course of the next twelve months, with their 1994 debut on Creation Records already available through the band’s online shop.

Not your bog standard reissue package, Definitely Maybe is being made available again on vinyl (barring some pretty ropey bootlegs) for the first time since its release 20 years ago for one of those anniversaries that remind you how quickly the years slip by. Nevertheless, nostalgia (and existential angst) aside, the new look Definitely Maybe comes with a bunch of add-ons not available at the time, including bonus 7″ featuring live performances and a 12″ replica of ‘Whatever’ with every pre-order.

As is the case these days, the box also includes a triple CD, a coffee table photo book documenting the band’s early days and assorted trinkets (read: key ring, post cards, badge) to make you feel 15 again. As if that wasn’t enough, you can also cop yourself a replica Definitely Maybe demo tape.

To celebrate the milestone, there’s also an interactive website, retracing the story of Definitely Maybe and the genesis of arguably the biggest and most controversial British rock band of the last twenty years. [via Modern Vinyl] 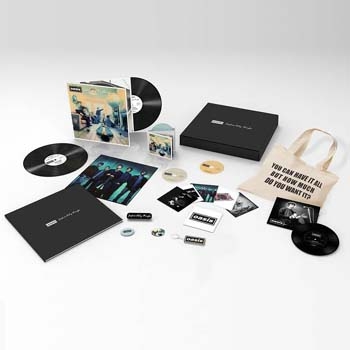 7″
Side A
Supersonic (Live At Glasgow Tramshed) 5:43
Side B
Cigarettes & Alcohol (Live At Manchester Academy) 3:59
The 7” single will not be available for purchase anywhere else.