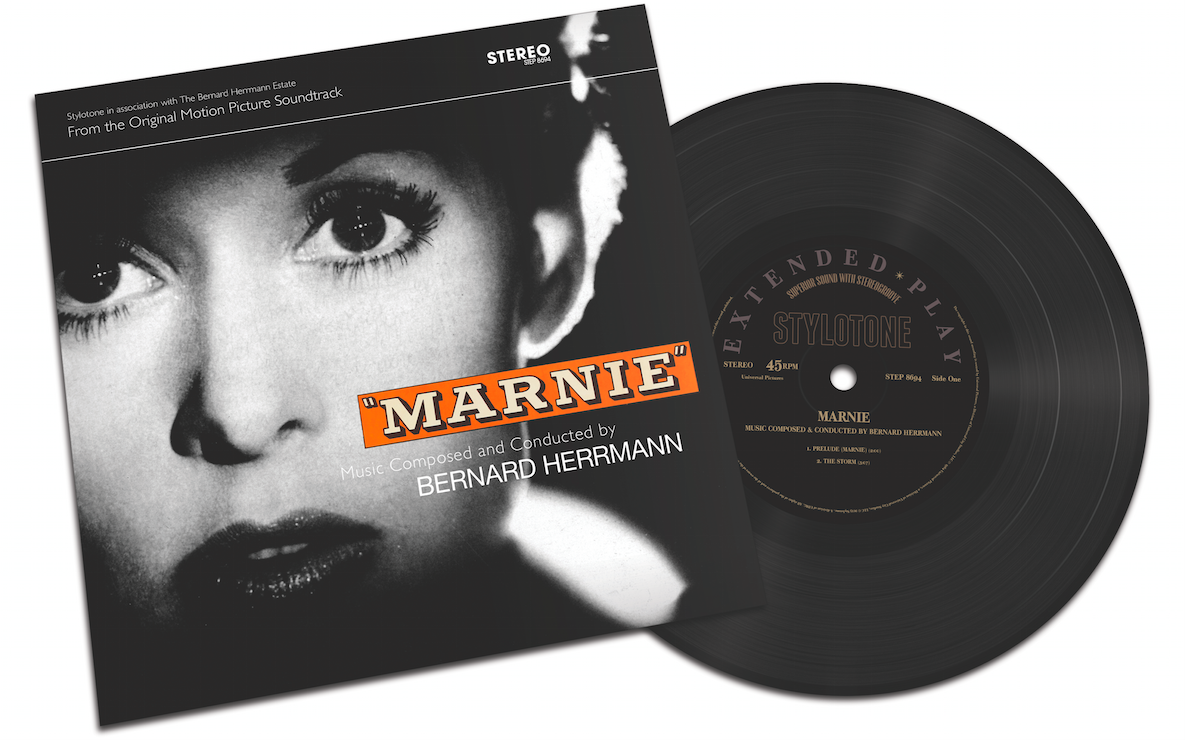 Bernard Herrmann wrote the music to some of the best loved films of the twentieth century, notably Hitchcock masterpieces like Vertigo and Psycho. But from his first film Citizen Kane to his last Taxi Driver, Hermann also enriched the work of Orson Welles, François Truffaut, and Martin Scorsese.

Brand new soundtrack specialists Stylotone has just announced its initial release schedule, kicking off with a series of coveted and previously unreleased soundtracks by the legendary composer.

Out today is a 7″ release of Herrmann’s music to Twisted Nerve, the whistling theme from which was also used in Quentin Tarantino’s Kill Bill: Vol. 1.

A complete LP soundtrack release of Twisted Nerve is due on May 6, and will include blood splatter vinyl and liner notes by Tarantino. This will be the first time the soundtrack is available in full, including additional unused cues and unheard music from the film.

On April 1, Stylotone will drop another 7″ Hermann EP, this time his score to Alfred Hitchcock’s morbid and controversial 1964 thriller Marnie.

The new label is also cueing up the works of acclaimed British composer Frank Cordell, with his music to Larry Cohen’s cult 1976 horror flick Demon (also known as God Told Me To) and to Basil Dearden’s epic picture Khartoum, starring Charlton Heston and Laurence Olivier, on the slate.

Visit Stylotone to put in your soundtrack orders.

This free browser extension will greatly enhance your Discogs experience