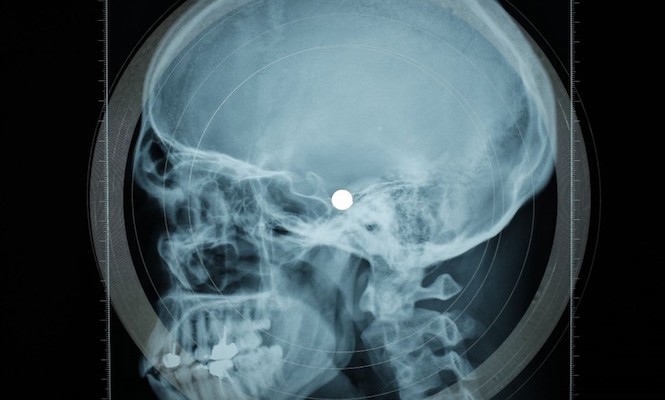 A technique created to smuggle audio into the U.S.S.R.

Music in the former Soviet Union was heavily censored, especially from the 1940s onwards.

Audiophiles were forced to become industrious. Once the music was smuggled in, often thanks to the help of sailors, the problem of how to copy and distribute this contraband remained.

“They would cut the X-ray into a crude circle with manicure scissors and use a cigarette to burn a hole,” says author Anya von Bremzen. “You’d have Elvis on the lungs, Duke Ellington on Aunt Masha’s brain scan — forbidden Western music captured on the interiors of Soviet citizens.”

These records or “Bones” were eventually phased out rather than being found out, by the preferred magnetic medium of cassette tapes.

Head to Blank City’s website for more info, and check out a TED talk about the history of X-ray audio below.