Mother shares her late son’s record collection with the world 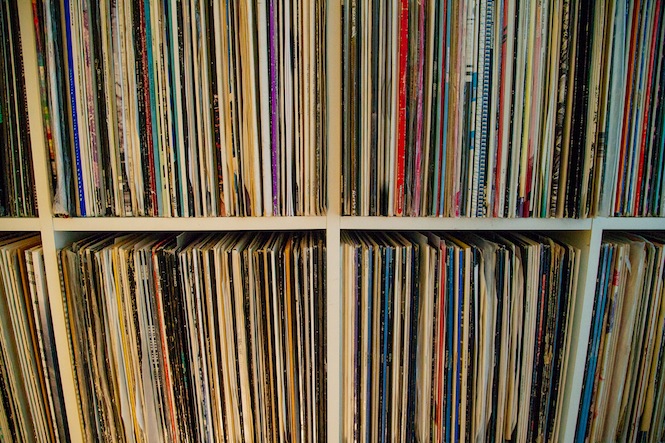 It might not be as cool as finding Marvin Gaye’s passport inside a Motown sleeve, a wad of $100 bills inside a Crusaders album or a gigolo’s calling card tucked inside Michel Jackson’s Thriller, but one collector has discovered a pretty poignant message in a second hand copy of Soundgarden’s Superunknown, written by Sabine, the mother of the record’s previous owner.

It begins: “Dear Collector — Just in case you want to know where this record is coming from: I am Mark’s mother. Mark left us in 2002 — he suffered a heart attack at age 39 while running in the Oregon coastal mountains.”

Having listened through parts of his collection – over 600 record and 2000 CDs – Sabine writes that she plans to share his collection with the world. “I am doing the best I can – doing research, listing, shipping etc – but it is good therapy for me to see this music being shared all over the world.”

Reddit user Muctur who discovered the note wrote: “This record now has sentimental value, and I just got it…Definitely the most valuable record in my collection now.”

Read the note in full below. [via Mic] 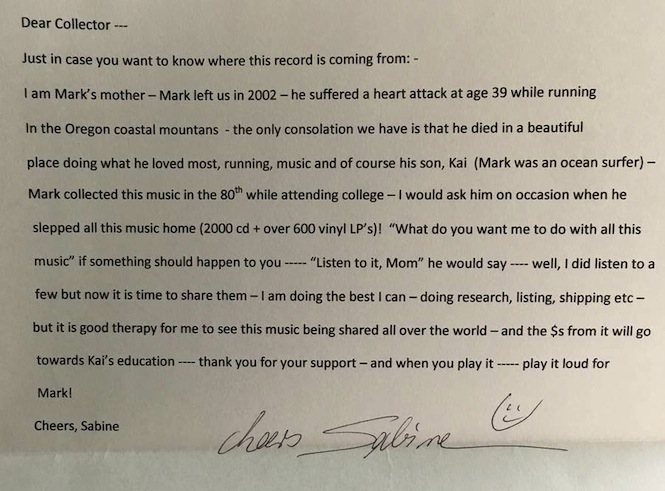