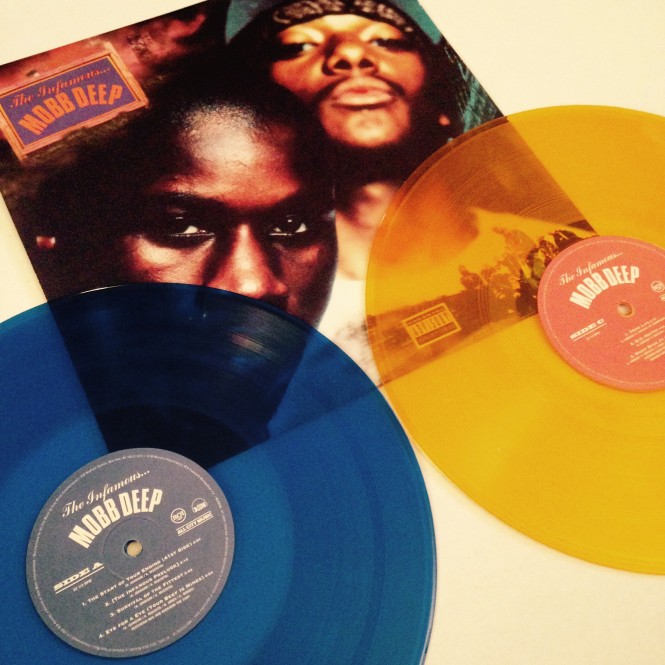 One of the most compelling and visual gangsta albums ever recorded, Mobb Deep’s The Infamous is set to receive a 20th anniversary reissue.

With guest appearances from Nas, Wu-Tang Clan members, Reakwon and Ghostface Killah, the album was a major milestone for the East Cast duo, launching them from relative obscurity into the commercial hip-hop sphere. The album has since served as the blueprint for a certain type of jagged New York street rap.

Now, Stones Throw affiliate Havana Joe is launching his new label All City Music with a double LP reissue of The Infamous on translucent blue and orange vinyl. Due out March 25th, pre-order here.

While you wait, listen to J. Rocc’s senstational tribute mix: