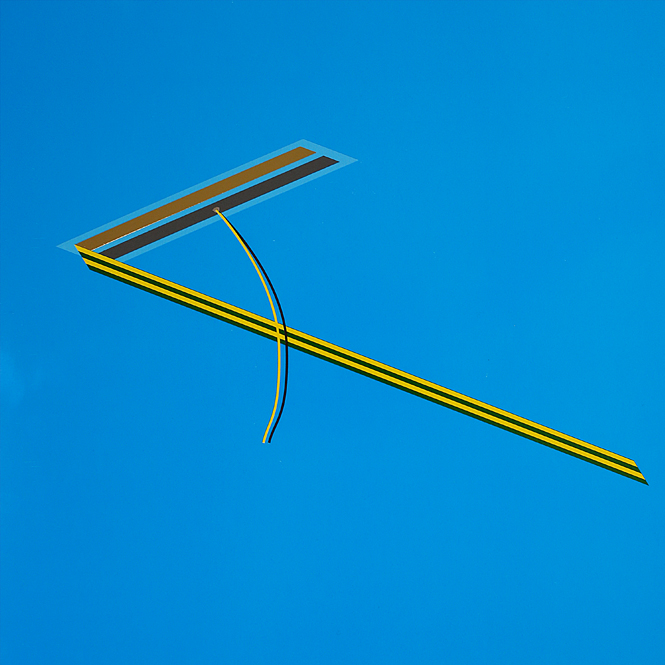 Kicking off a year that will see him curate the Southbank’s prestigious Meltdown Festival, Mo’ Wax founder James Lavelle has teamed up with acclaimed British sound artist Haroon Mirza to release a brace of glittering remixes on limited edition 12″ with The Vinyl Factory.

A figurehead in the development of electronic music in the UK and abroad with Mo’ Wax and under his production alias UNKLE, Lavelle has remoulded the stems of Mirza’s original sonic collages into two blossoming soundscapes, one a euphoric club cut destined for the Iberian dancefloor, the other a gorgeous, cushioned come-down.

Winner of the Silver Lion for most promising young artist at the 2011 Venice Biennale, Mirza’s collaboration with Lavelle is a fitting continuation of the socio-cultural concerns that occupy his work, producing two tracks fit for both gallery and club that make distinction between sound art and music all but irrelevant.

Titled o/o/o/o/, the collaboration marks the latest in a series of Mirza’s works to be remixed and released by The Vinyl Factory, with Factory Floor and Django Django’s Dave Maclean collaborating with the artist last year, to coincide with his headline exhibition at London’s Lisson Gallery.

Haroon Mirza vs James Lavelle will be released on 10 March 2014. Featuring bespoke sleeve artwork by the artist, this release is limited to 500 copies worldwide and is avialble for pre-order now from The Vinyl Factory online shop.

Watch Haroon Mirza discuss the nature of sound art and the development of electronic music from Kraftwerk to Derrick May with Dave Maclean of Django Django below: